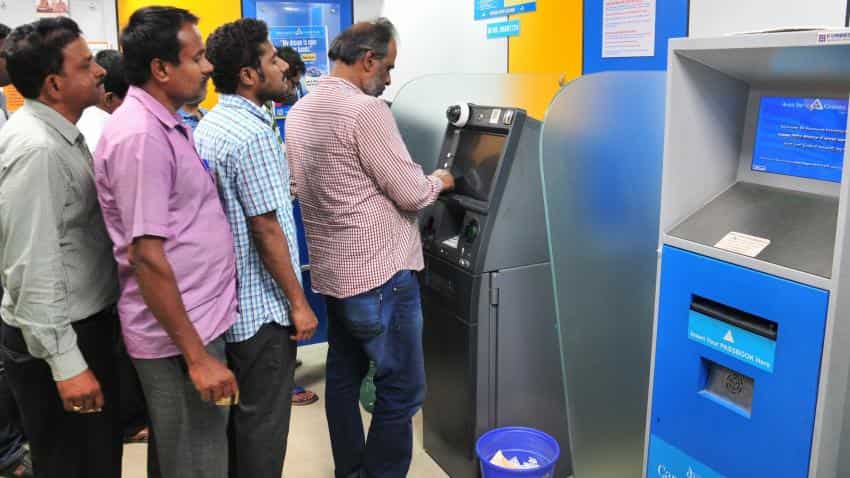 And we are back to where we started.

India is known to be a cash loving society and demonetisation has not really changed that.

“After falling by more than 60% in the last months of 2016, cash withdrawals from ATMs have moved back to pre-demonetization levels,” Nikhil Gupta and Madhurima Chowdhury, analysts of Motilal Oswal said on June 19.

The report said that the total number of digital transactions were nearly 30 crore in mid-2016.

When nearly 86% of Indian currency was made illegal tender on that night of November 8, 2016 it led to a spike of 95 crore digital transactions in December, totalling transaction value of Rs 104.055 lakh crore.

“Although the value and number of digital transactions have remained broadly unchanged over the past six months, the amount of cash withdrawals from Automated Teller Machines (ATMs) has converged with the pre-demonetisation period,” the Motilal Oswal report said.

The total volume of digital payments including RTGS, NEFT, CTS, IMPS, UPI and others amounted to 85.8 crore in May. The value of those transactions was at Rs 111 lakh crore, as per RBI data.

This number was 85.3 crore in the month of April.

One of the key benefits coming out of demonetisation was to move toward Prime Minister Narendra Modi’s dream of a cashless society.

“However, the aggregate value of all transactions under electronic payment systems (EPS) has failed to witness significant increase even six months post demonetisation,” the report said.

“This implies that with cash crunch easing post-December 2016, there has not been any net addition to total volume of transactions on country-wide basis,” Motilal Oswal said.

Two anomalies were seen in this data of digital transactions in the month of February and March which were regarded as ‘seasonal variations,’ by Motilal analysts.

“Indians have traditionally been a cash loving society. Also our society only works on a stick method and does not work on a carrot method. So there has to be a stick involved to be able to push people toward using digital means,” Dewang Neralla, MD & CEO, Atom Technologies told Zeebiz.

Post-demonetisation the number of Prepaid Payment Instruments (PPIs) went up due to small-value transactions.

However, the report said, “The value per transaction for PPIs almost halved from Rs 600/transaction in the pre-demonetization period to about Rs 300/transaction now.”

The total value of digital transactions have settled at a higher level.

Neralla further added any healthy economy should have at least 30-40% done by digital method.