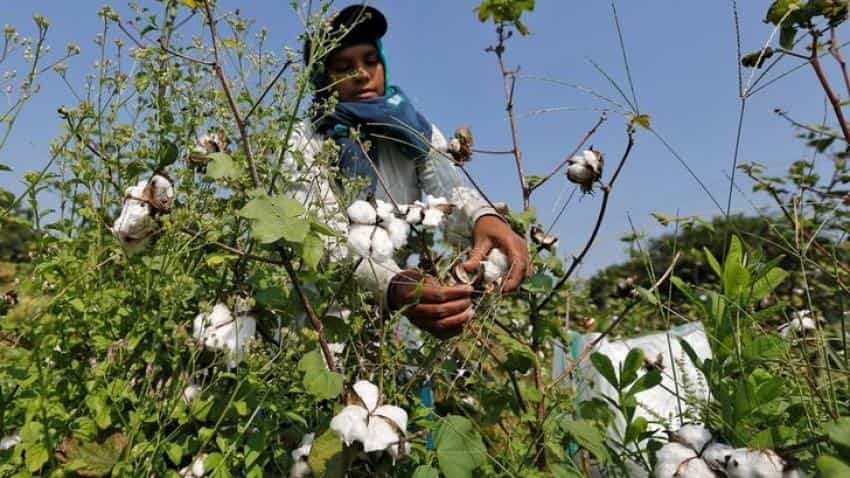 The supply crunch has driven up prices in India to levels higher than in the global market and could force buyers to switch to other producers like the United States, Brazil and African countries. Image Source: Reuters
Written By: Reuters
RELATED NEWS

The supply crunch has driven up prices in India to levels higher than in the global market and could force buyers to switch to other producers like the United States, Brazil and African countries. It could also curb India`s total exports in the 2016/17 year marketing year that started on Oct. 1.

"Supplies are very limited in the market. Farmers are not selling cotton right now as they need payments in cash and it is not available," said Chirag Patel, chief executive officer of Indian exporter Jaydeep Cotton Fibers.

Earlier this month, Prime Minister Narendra Modi scrapped 500 rupee and 1,000 rupee bills to crack down on corruption. But the move disrupted trading of farm commodities like cotton and soybean as most farmers prefer payments in cash.

"November remains a peak supply month but now supplies have stopped due to the cash crunch. We are ready to give farmers cheque, but they are insisting on cash," said Pradeep Jain, a ginner based in Jalgaon in Maharashtra.

Expecting a bumper crop of 35 million bales, Indian traders had contracted 2 million bales for exports to China, Vietnam, Bangladesh and Pakistan for shipments in November to January. But traders have managed to ship only around 300,000 bales and nearly 1 million bales that were due to ship in November and December are getting delayed, three exporters told Reuters.

India`s inability to ship promptly could force buyers to switch to other suppliers like Brazil and the United State, said Keith Brown, principal at cotton brokers Keith Brown and Co in Moultrie, Georgia. "In fact, this may be one reason why U.S. cotton is going higher at harvest time."

New York cotton futures last week touched a high of 72.75 cents per pound, the loftiest since August. They have risen about 5 percent over the past fortnight, versus a 10 percent gain in Indian prices.

The disruption in exports will have an impact on global prices as it reduces the overall supply, said Rebecca Pandolph, statistician of International Cotton Advisory Committee. "How much of an effect will depend on how long the situation lasts."

However, industry officials say the crunch is temporary and prices will moderate as India is set to harvest a bumper crop. Last year, the country shipped out 6.9 million bales.

"The Indian crop is still very big and if price pressure doesn`t come now, then it`s only being delayed and that pressure will arrive at some point," said a cotton trader from Britain.