Investors were cautious on ONGC, after the company posted a 31% drop in its net profit to Rs 4,045 crore during Q4FY19 compared to Rs 5,915 crore a year ago same period. 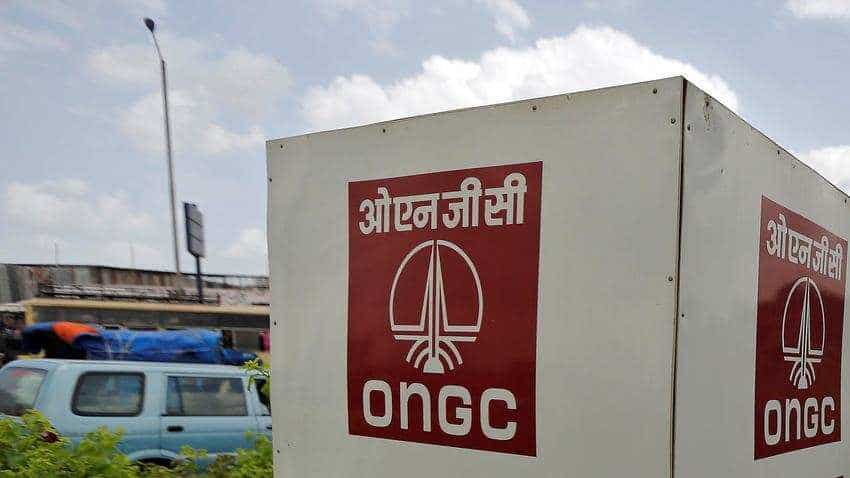 Experts are very optimistic on the company and its potential to generate profits. Photo: Reuters

After touching an intraday high of Rs 173.35 per piece during Monday’s trading session, the state-owned ONGC saw some lackluster demand from investors. The share price ended at Rs 172.30 per piece mostly muted compared to previous trading session. Investors were cautious on ONGC, after the company posted a 31% drop in its net profit to Rs 4,045 crore during Q4FY19 compared to Rs 5,915 crore a year ago same period. Meanwhile, there was gradual decline of 5% yoy in oil production as well to 4.8 million tonne. However, gas production saw a jump of 8.2% yoy to 6.275 billion cubic meters. The company also announced a final dividend of 75 paisa per equity shares of Rs 5 each for the fiscal year FY19.

Even though ONGC stock is witnessing subdued demand from investors, experts are very optimistic on the company and its potential to generate profits. Here’s what expert say!

Swarnendu Bhushan and Sarfraz Bhimani, Research Analysts here said, “We expect crude prices to remain stable at ~USD60-70/bbl over the next two years, which does not pose any threat of subsidy sharing. Additionally, we may see structural changes in LPG and kerosene with continued focus on reforms by the new government. Oil production growth will majorly help offset depletion from old fields, while we estimate gas production growth of ~7%/11% in FY20/FY21. The stock is trading at 6.1x FY21E consolidated EPS of INR28.3. We value the company at 8x FY21 standalone EPS of INR20.6 (excluding other income), by adding the value of investments. Re-iterate Buy rating with TP of INR197.”

Nilesh Ghuge and Divya Singhal, analysts here said, “Concerns over lack of crude oil production growth still persist. However, we expect re-rating of ONGC as fears of subsidy burden have allayed. Adjusting for its investments (OVL+ other) the stock is trading at 6.8x FY21E standalone EPS. This indicates strong pessimism and we expect re-rating of upstream companies. Maintain BUY.”

Gagan Dixit and Rachael Alva, analysts here said, “We increase FY20E EPS by 7% and FY21E EPS by 3% on higher crude realization expectation at USD 65/bbl from USD 56/bbl, partially offset by a stronger INR at INR 70/USD from INR 71/USD and higher operating cost at USD 25/boe from USD 22/boe.”

They further added, “We reiterate Buy on rising gas supply and declining subsidy risk. We raise our TP to INR 226 from INR 203, as we increase long-term net crude realization at USD 65/bbl from USD 56/bbl, on lower upstream subsidy risk, partially offset by stronger INR at INR 70 from INR 71. We value ONGC using a DCF method, assuming a 14% COE (unchanged). Our implied value of 1P reserves is USD 4.6/boe, 2P reserves is USD 1.8/boe and OVL reserves is USD 2.7/boe.”