Siddharth Purohit Senior Equity Research Analysts – Banking of Angel Broking said, “We believe a strong rupee should result in lower crude oil prices for Indian basket and that should keep both CPI and WPI under check in the near term.” 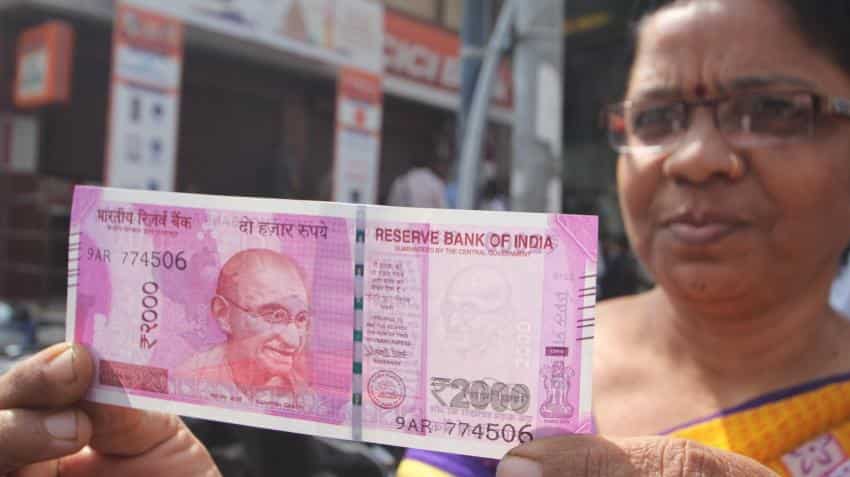 India's wholesale price index (WPI) inflation which have been consistently rising since April 2016, eased down in the last month of financial year 2016-17.

Following the February numbers where WPI reached to 4-year high, analysts at  Motilal Oswal and Care Ratings expected WPI to be around 6.3% for last month of FY17.

Siddharth Purohit Senior Equity Research Analysts – Banking of Angel Broking said, “The WPI for March cooled off to 5.7% vs 6.55% in February, largely due to softening manufacturing and fuel inflation. However, food inflation remained on higher side at 3.12% vs 2.69% mom due to higher vegetable prices. Out of the six major categories of WPI index five have show some cool off while the food inflation remains sticky.”

He added, “We believe a strong rupee should result in lower crude oil prices for Indian basket and that should keep both CPI and WPI under check in the near term.”

Similar opinion was from FICCI, Care Ratings and Motilal Oswal.

Indian rupee continues to outperform its Asian peers over the past three months and has touched 17- month high against US dollar. From January – March 2017, INR has appreciated by over 3% against dollar.

Rupee's performance till now has been an outcome of improvement in macroeconomic factors like decline in current account deficit (CAD), higher levels of foreign reserves and lower inflation.

Due to above scenarios, foreign investors have become quite optimistic in Indian equity and debt market.

Start of financial year 2017-18 has also been good so far. Within two weeks of April 2017, foreign investors have pumped in Rs 17,984 crore. This is a clear indication, that rupee will continue to appreciate against dollar.

A survey carried out by Nirmal Bang stated that forward market expect rupee to depreciate further from the current levels. 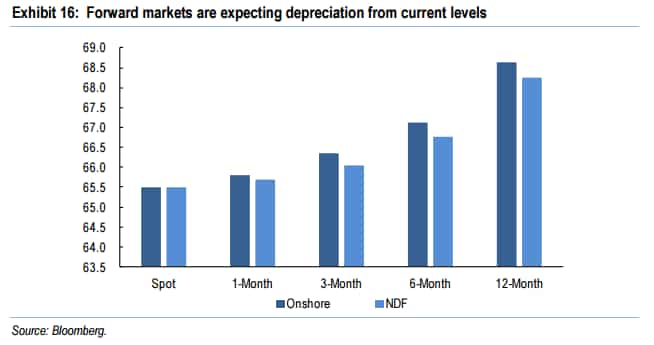 Moreover while the INR may have outperformed its Asian peers in recent times, it has broadly moved in line with other emerging markets.

Nirmal Bang said, “This means that we are destined to witness intermittent bouts of appreciation and depreciation in tandem with portfolio flows.”

Vinod Nair, Head Of Research at Geojit Financial Services said, "Risk will emerge if we continue to outperform other EMs in the long-term, whereas  this is an intermediary phenomenon led by strong FIIs inflow post the overwhelming state election result which will stabilize in the near-term."

Although economic factors have supported INR appreciation for now, the same factors are indicating a depreciating bias.

Meanwhile, monsoon is expected to haunt food prices from July – September 2017, which will indicate that WPI will rise further.

RBI, in its first bi-monthly monetary policy, has also shown concern over monsoon forecast, saying, “The main one stems from the uncertainty surrounding the outcome of the south west monsoon in view of the rising probability of an El Niño event around July-August, and its implications for food inflation.”

To determine INR appreciation, the central bank will also intervene by purchasing USD in times of heavy inflows and thereby limiting swings in INR.

Patel added, "Food inflation, however, has increased a bit, and this would require greater monitoring in light of the evolving weather conditions. The government is keeping a close tab on the progress made on irrigation projects, cold chain projects etc. and improvement in these areas is likely to yield positive results."