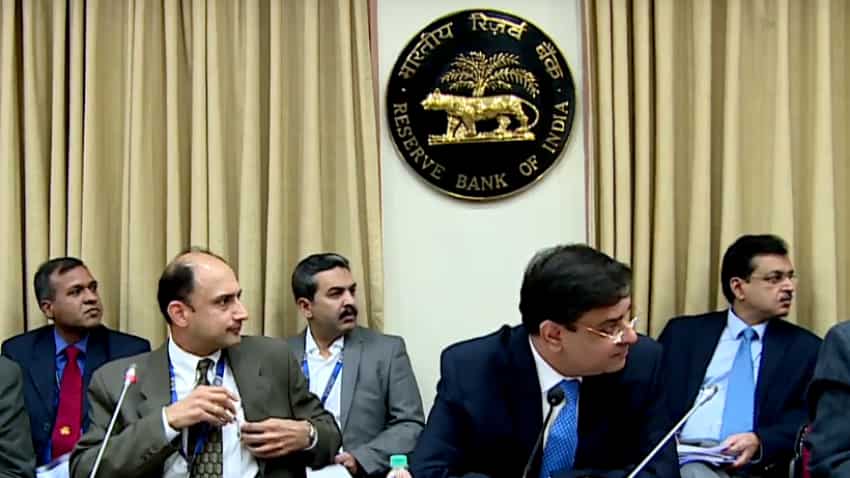 The Reserve Bank of India (RBI) has brought in new reforms to tackle banks' long hanging problem of “stressed assets.”

RBI has advised banks to put in place a Board–approved policy for making provisions for standard assets at rates higher than the regulatory minimum, based on evaluation of risk and stress in various sectors.

Secondly, the central bank has asked bank to review these on a quarterly basis taking into consideration the performance of various sectors of the economy to which the bank has an exposure to evaluate the present and emerging risks and stress therein.

Analysts at Fitch Rating said, "The RBI's new framework could suggest a greater willingness to take regulatory action to address problems at struggling banks, but its implementation is only likely to be effective if it is matched by credible plans to address banks' significant asset quality issues and capital shortages.”

R Sreesankar, Pritesh Bumb and Vidhi Shah of Prabhudas Lilladher said, “In our view, this is going to be challenging for banks. Although additional provisions will be individual bank board driven policy, we view this to be in the range of 1%‐5% (5% as currently required for Standard Restructuring) from the current norms of 0.4% of exposure which will be incremental burden to the existing elevated credit cost of banks.”

New framework on standard assets provisioning (SAP) is expected to impact banks profit before tax (PBT) in the range of 1% - 6% for the financial year 2017-18. 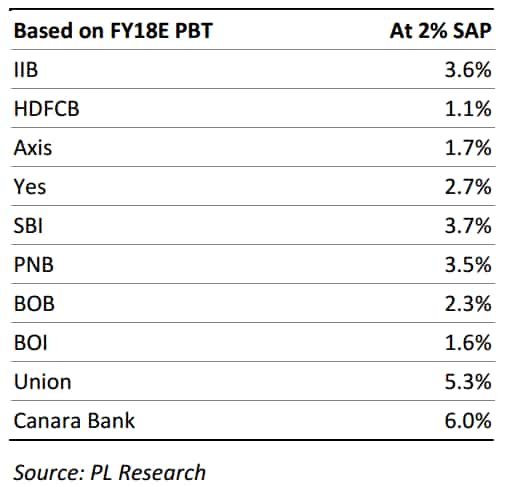 While providing the guidelines, RBI showed concern over stressed asset exposure towards telecom sector asking the banks to make higher provisions towards the sector upon review till end Jun’17 on stressed financial conditions and lower Interest Coverage ratio.

The trio at Prabhudas said, “We have tried to estimate the provisions required immediately for the telecom sector on bank wise basis which ranges from 3%‐15% at the rate of 5% provisioning norm, but we are of the view that bank boards will reach provisioning in a phased manner. While we have also tried to identify additional sectors which may require such provisioning ahead.”

If the banks remove higher provisions for telecom sector, their PBT for FY18 will be impacted severely.

Telecom sector has been vulnerable with lower interest coverage ratio of 0.7% and could be in need of standard asset provisioning.

Canara Bank and Union Bank's PBT will be most impacted by 15% and 13.2% for FY18. Also larger banks like SBI and PNB will bear the brunt of this move by PBT being affected by 9.2% and 8.7%. Among private banks, IndusInd Bank's profitability will see be most affected by 9.1%. 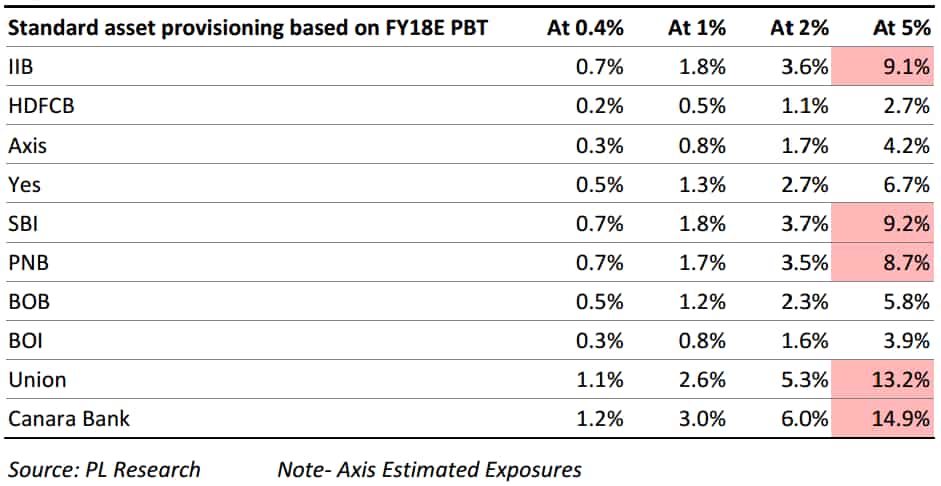 But is it only telecom sector that needs attention?

Apart from telecom, sectors like textile, construction and iron & steel could also need SAP as they remain vulnerable with lower interest coverage ratio.

Earlier in the month of October 2016, RBI released sectoral distribution of NPAs.

Bank-wise fund along with non-fund based exposure is quite low in sectors like coal, mining, sugar, cement and jewelry.

Fitch Ratings said, "RBI will not be able to address problems in the banking sector on its own. Significant efforts to resolve bad loans, for example, would leave banks in need of recapitalisation, given that haircuts and increased provisions would be required. State banks are generally in a poor position to raise new capital, which makes them largely reliant on the government for recapitalisation."

Crisil expectsGross NPAs and weak assets are expected to touch about Rs 7.8 lakh crore and Rs 8.7 lakh crore, respectively by March 31, 2017. Thus asset ratios are seen hovering between 9.5% to 10.5% by end of March.

A Kotak Institutional Equities report said, "We believe government support would be critical for a successful resolution of NPLs in the large corporate book of Indian banks. Public banks will be reluctant to execute any resolution scheme that entails 30-50% write-down of loans to large private companies without the formal support of the government."

In Kotak's view these measure can be taken into consideration -  conversion of a part of debt to equity in the case of 20-30 exposures to the power and steel sectors and  approval by a government committee may be the optimal way to resolve the problems of large bad loans.

As per Kotak, a temporary government committee should be sufficiently empowered to take decisions on the nature of resolution for each stressed asset above a certain size Rs 2,500 crore.

"The committee can comprise government officials from various branches of the government including the vigilance authorities. It can also draw on the inputs of 2-3 independent agencies (rating agencies and valuation agencies) on (1) the ‘right’ capital structure of the company in the cases where debt will be converted into equity and/or (2) the ‘right’ level of debt that can be serviced by the cash flows of the company," added Kotak.

Also, the new Ind-AS accounting standard for banks applicable from April 1, 2018 may dramatically alter the provisioning for NPAs. Banks may no longer have the luxury of making incremental provisions over time after a credit default, which the current mechanism of asset classification and provisioning allows.