Can India use the Mauritius tax treaty amendment to get a better deal from the US?

India signed this Double Taxation Avoidance treaty with Mauritius in 1983 and hasn’t taxed capital gains since then. 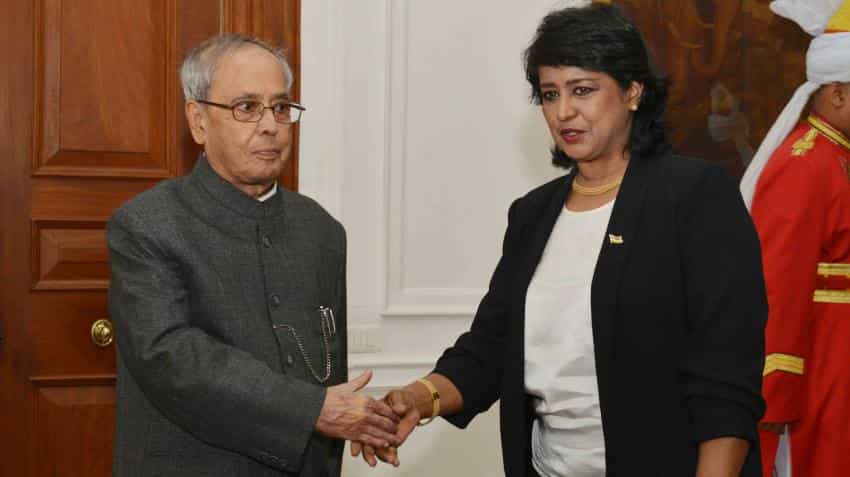 India has amended the tax treaty with Mauritius. Under the amendment, the country will be able to tax capital gains arising out of profits made by companies based in Mauritius, in India.

Hansmukh adhiya, Revenue Secretary, Government of India, said that the treaty amendment with Mauritius brings about a certainty in taxation matters for foreign investors. He said, “It reinforces India's commitment to OECD-BEPS initiative of stopping 'double non taxation' enjoyed by companies.”

The Government said that capital gains tax will apply to investments made from April 1, 2017 and will be imposed at 50% of the domestic rate till March 31, 2019. Following this date, tax at a full rate will be applicable. This feature of phased taxation will be available to only those companies who have invested at least $40,500 in Mauritius, the Government said. The move is seen as an effort to curb tax avoidance and round-tripping of ‘black money’ into India.

Edelweiss, the research arm of Edelweiss Brokerage firm based in Mumbai, in a note on Wednesday morning said, “Directionally, no retrospective tax is a welcome move but was expected.”

The note said that the good news is that sufficient time has been given to transition to the new treaty rules. Bad news is that over 3 decade period of tax free regime is now history, it said.

India signed this Double Taxation Avoidance treaty with Mauritius in 1983 and hasn’t taxed capital gains since then.

Mauritius has been a major source of foreign funding flowing into the Indian markets because of this treaty which made sure that investors aren’t taxed at all. The policy has also been a major reason for the rise of Mauritius as a hub of companies looking to invest in India and elsewhere.

Baxi of Khaitan & Co said, “The total removal of capital gains tax exemption to a Mauritius resident for investments made post 1 April 2019 may be looked upon as a step in the right direction for curbing tax evasion and misuse of the treaty.”

The announcement is likely to increase foreign funds flow into in India in the short term as the Government has given one-year’s window for investors to remain untaxed in India. Baxi said, “The grandfathering provision, which would permit investments made prior to 31 March 2017 to avail of capital gains tax exemption is most likely to see a flurry of activities. All the investments which were waiting in the wings would probably get expedited.”

Singapore and India, too, have a similar treaty. However, local laws in Singapore makes it impossible for companies to use the country to form shell companies to invest in India and save on capital gains tax.

Adhia said, “capital gains on shares for Singapore can also now become source based due to direct linkage of Singapore DTAA Clause with Mauritius DTAA.”

Baxi said, “It remains to be seen how the change in the India-Mauritius treaty impacts the exemption under the India-Singapore treaty. Will it stop immediately or will it have the same grandfathering benefit as given to the investments from Mauritius?”

Edelweiss note said, “New treaty clause will also apply in case of Singapore DTAA as it has similar clauses. Mauritius and Singapore account for nearly 45-50% of FDI infow in India. Similar treaty alterations could happen with Cyprus.”

The implications of this treaty is also likely to impact the negotiations between India and the US. Baxi said, “The real issue that India needs to now tackle is re-negotiating the India-US treaty to get ‘resourcing’ rule incorporated in that treaty similar to what US has with many other countries including China.”

Currently, the source rules in the US prevent US resident from claiming credit for the Indian capital gains taxes against the US capital gains tax liability. “If India succeeds in renegotiating the India-US treaty within this transition period, the US investor would be less weary and concerned about the capital gains tax incidence in India,” Baxi concluded.