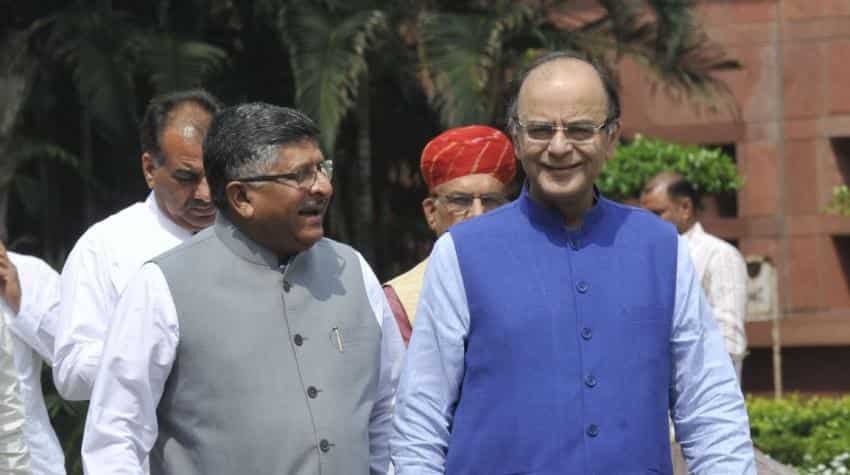 The much-awaited Goods and Services Tax (GST) bill is likely to be passed in the Rajya Sabha (Upper House) on Wednesday and Indian industry has pinned hope on its implementation as it will subsume all taxes.

"The introduction of Goods and Services Tax (GST) would be a very significant step in the field of indirect tax reforms in India," said Federation of Indian Chambers of Commerce and Industry (Ficci) in a press release on Tuesday.

The GST Bill was introduced into the Lok Sabha (Lower House) by the Congress political party on December 2014. It was passed in the Lok Sabha on May 2015.

The GST Bill was stuck in the Rajya Sabha for long time due to opposition from the Congress party on additional 1% cap on manufacturing sector.

The government on Tuesday had circulated official amendments to the GST Bill to drop 1% additional tax and include a definite provision in the statute for compensating states for revenue loss for five years as it gears up to discuss the long-pending bill in Rajya Sabha on Wednesday, PTI reported on Tuesday.

GST Bill once implemented will create one single tax into the country and will replace all state-level indirect tax levies such as excise tax, value added tax (VAT), octroi, service tax, etc.,

"By amalgamating a large number of Central and State taxes into a single tax, it would mitigate cascading or double taxation in a major way and pave the way for a common national market," cited Ficci in its recent release.

According to Ficci, from the consumer's perspective, the biggest advantage would be in terms of a reduction in the overall tax burden on goods, which is currently estimated at 25% to 30%.

"Introduction of GST would also make Indian products competitive in the domestic and international markets. Studies show that this would instantly spur economic growth. Ficci looks forward to the Goods and Services Tax becoming a reality," it further added.

"Industry can now think of 'One India', which was truly pursued by all political parties in true letter and spirit, and hopefully the Bill will see the light of the day tomorrow," PTI reported on Tuesday quoting Confederation of Indian Industry (CII) President Naushad Forbes as saying.

Since last few weeks, the ruling BJP government had a discussion with Congress party on GST and both parties have come to the consensus to pass the bill.