Arun Jaitley said that the Rs 10,000 cr Phase-II of FAME project for faster adoption of electric vehicles has received Cabinet approval too. 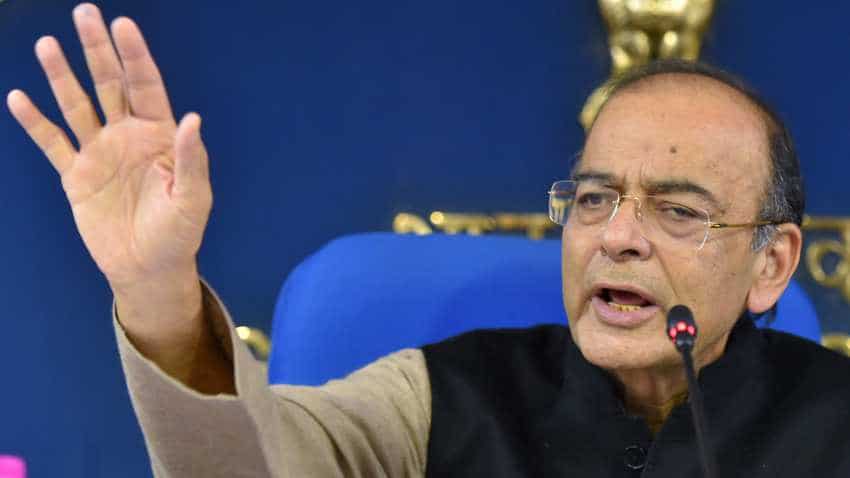 Arun Jaitley has announced that the Cabinet has given its ex-post facto approval for creation of SPV for disinvestment of Air India and its subsidiaries.Image source: PTI

Finance Minister Arun Jaitley has announced that the Cabinet has given its ex-post facto approval for creation of SPV for disinvestment of Air India and its subsidiaries. He added that the Rs 10,000 cr Phase-II of FAME project for faster adoption of electric vehicles has received Cabinet approval too.

The Faster Adoption and Manufacturing of (Hybrid) and Electric Vehicles (FAME) scheme with an outlay of Rs 10,000 crore over a period of three years will be implemented with effect from April 1, 2019. The main objective of the scheme is to encourage faster adoption of electric and hybrid vehicles by way of offering upfront incentive on purchase of electric vehicles and also by way of establishing necessary charging infrastructure for EV, Jaitley told reporters here.

FM Jaitley also announced that the Cabinet has approved the National Mineral Policy as well as the up to Rs 25,000 crore foreign investment in Vodafone-Idea by way of rights issues.

Another major decision taken by the Cabinet was the clearance given to National Policy on Software Products to develop India as a software product development centre by 2025. This was revealed by the IT Minister.

Cabinet has cleared the way for setting up of a special purpose vehicle -- Air India Assets Holding-- for transfer of the national carrier's working capital loans, which are not backed by any assets, as well as four subsidiaries.

"The Union Cabinet has given ex-post facto approval for the creation of the SPV and associated activities for the disinvestment of Air India and its subsidiaries or JV," an official statement said.

These subsidiaries and assets are not part of the Air India strategic disinvestment, which is being planned by the government.

IT Minister also revealed that the Cabinet has given its assent to promulgating ordinance to give legal backing to voluntary seeding of Aadhaar with mobile numbers, bank a/c.