The four Bills have been earlier approved by the GST Council after thorough, clause by clause discussion over 12 meetings of the Council held in the last six months. 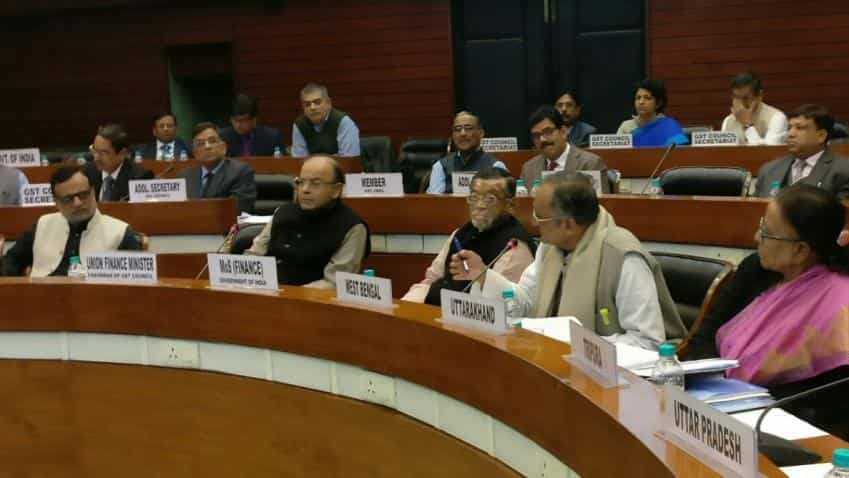 The Union Cabinet on Monday approved four Goods and Services Tax (GST)-related bills, which have already been approved by the GST Council after detailed discussions.

"With the Cabinet approval to these four bills, the GST regime in India is in the final stages of culmination and the GST law will most likely be implemented from July 1. The four Bills have been earlier approved by the GST Council after thorough, clause by clause discussion over 12 meetings of the Council held in the last six months," Finance Ministry said in statement.

The draft bills now need to be tabled in Parliament`s ongoing budget session. Minister of State for Finance Santosh Kumar Gangwar said here on Monday that all the four draft legislations pertaining to the GST would be moved in Parliament within next 10 days.

"Within the next 10 days, we will place the bills in this Lok Sabha session," Gangwar told BTVi.

While the CGST Bill makes provisions for levy and collection of tax by the central government on intra-state supply of goods and services, the IGST Bill does it for inter-state supply.

Similarly, the UTGST Bill is for the Union Territories like Andaman and Nicobar Islands, Lakshadweep, Daman and Diu, and Dadra and Nagar Haveli, which do not have their independent legislative assemblies.

The Compensation Bill provides for compensation to the states for a period of five years for loss of revenue due to implementation of the Goods and Services Tax.

The GST draft law will have to be approved by all the state legislative assemblies, including those of Delhi and Puducherry.

"Centre and states have to carry forward the legislative process. July 1 looks very much feasible. GST should be implemented from July 1," Economic Affairs Secretary Shaktikanta Das told BTVi in an interview.

Abhishek Rastogi, Partner, Khaitan and Company, said: "The GST plan is well on time and July 1 looks realistic. The timely approval of the bills by the Cabinet ensures that the industry would have reasonable time to peruse the details of the law impacting them."

As a corollary, Rastogi said: "The assesses will be better prepared for implementation. Let`s hope that all the state assemblies clear SGST on time as well."

Pritam Mahure, a GST expert, said: "Governments across the world are conscious of the fact that success of GST depends on preparedness of the taxpayers and have offered two to three years of time to taxpayers after GST laws/ rules were made available in public domain.

"However, in India we are looking at a very short time window, of two to three months only and thus, Indian taxpayers are looking at an adventurous GST ride in the coming months."

The world was watching whether India could successfully pull up the GST feat without much teething issues and emerge as an example of successful implementation of the GST regime, Mahure added.

"Introduction of GST would also make Indian products competitive in the domestic and international markets. Studies show that this would have a boosting impact on economic growth.

"It is expected that the implementation of the Goods and Services Tax law will lead to an increase in Gross Domestic Product (GDP) of the country by one-two per cent. This in turn will lead to the creation of more employment and increase in productivity," the ministry statement added.