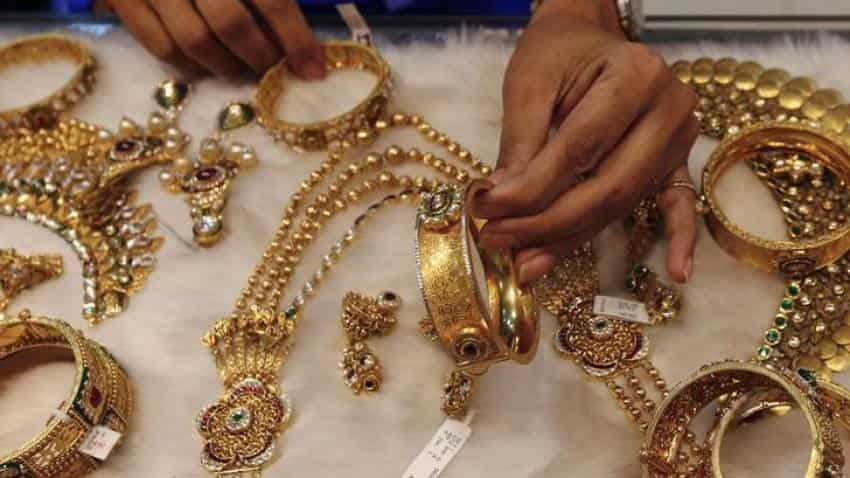 According to market sources, people were seen outside the jewellery houses with stacks of notes. Photo: Reuters
Written By: PTI
RELATED NEWS

In the wake of government's decision to ban Rs 1,000 and Rs 500 notes, people formed a beeline at jewellery shops, resulting the prices of the precious metal zoom to Rs 34,000 per 10 grams here.

"People with unaccounted money to dispose rushed to purchase gold last night as soon as the news broke. Whatever registered gold was available with limited jewellery houses was sold last night within couple of hours," claimed president of Gems and Jewellery Trade Council of India (GJTCI), Shantibhai Patel.

"With the high demand the price peaked at Rs 34,000/10 gram last night. Buyers also included those who rushed to markets out of panic post the announcement," Patel added. However, he said it is difficult to estimate the amount of gold and jewellery sold last night post the Prime Minister Narendra Modi's announcement.

"Jewellery houses have stopped selling gold, saying that the bullion is no longer available in the market," he said.

A number of jewellery houses stayed open till 11 pm yesterday to cater to the rush of clients, Jewellers' Association of Ahmedabad, President Rohit Jhaveri said.

"A few jewellery house remained open till 11 pm last night, till police forced them to close. They generally down shutters by 9 o'clock, but rush of buyers forced them to open till late night," he said.

"Jewellery purchase remained brisk since last night especially as people who have to make purchases for marriage understand that the price of gold will only go up due to large-scale purchase after the currency demonetising decision," Jhaveri said.

Industry experts claimed many of the buyers last night were those who had to dispose the demonetised currency, which they could not have done through banks.

"People who have no black money do not need to panic as the currency continues to remain in operation till the time banks accept them for conversion, that is December 30," Patel said.

Prime Minister Narendra Modi last night announced demonetisation of Rs 500 and Rs 1,000 notes, setting in panic among hoarders of black money. According to market sources, people were seen outside the jewellery houses with stacks of notes.