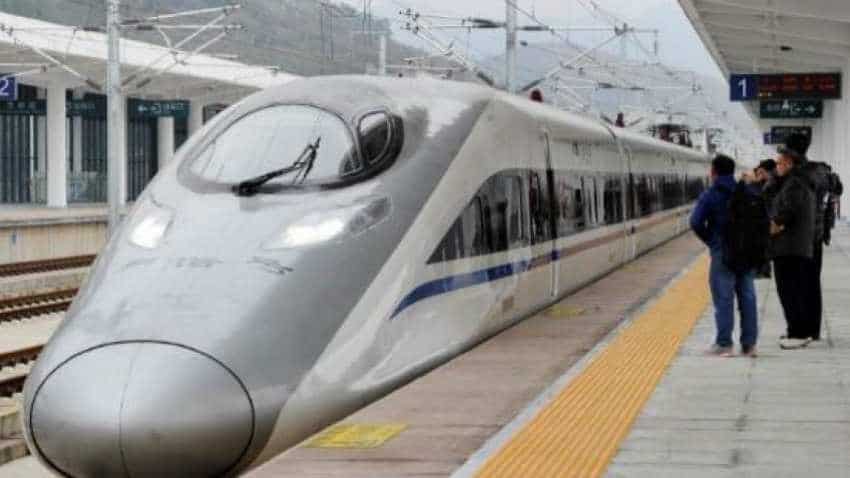 - Tenders to construct the stations in Gujarat`s Vapi, Bilimora, Surat and Bharuch had also been floated. Image: Reuters

Bullet Train project status: The National High Speed Rail Corp Ltd (NHSRCL) is hopeful that most of the land required for the Bullet Train project would be acquired by the end of this year. A part of the 508-km-long Mumbai-Ahmedabad Bullet Train project is expected to start operations by 2022. NHSRCL spokesperson Sushma Gaur told news agency IANS that the land will be taken over once the tenders for the project were finalised. "Major chunk of the land acquisition is likely to be completed by December 2019," she said. Heare are top points to know about the status of the project:

- Bullet trains are expected to run at 320 km per hour covering the 508 km stretch in about two hours. At present, trains plying on the route take over seven hours. The flying time is about an hour.

- The NHSRCL has already acquired 39 per cent of the 1,380 hectares of land. The agency has not taken over any of nine hectares required in Dadra and Nagar Haveli.

- According to Gaur, Bullet Train project is progressing at a good pace. "Two or three months back the total land acquired was 33 per cent. And within 90 days we were able to acquire over 6 per cent more land," she said.

- On September 14, 2017, Prime Ministers Narendra Modi and Shinzo Abe of Japan laid the foundation stone for the ambitious Rs 1.08 lakh crore ($17 billion) high-speed rail project. The Japan International Cooperation Agency (JICA) and the Railway Ministry have signed a MoU, with Japan to partially fund the project.

- Gaur said a 21-km tunnel will be dug between Boisar in Maharashtra and the Bandra-Kurla Complex, 7 km of which will be under the sea.

- Tenders to construct the stations in Gujarat`s Vapi, Bilimora, Surat and Bharuch had also been floated.

- The construction of the Sabarmati hub in Ahmedabad to be linked to the bullet train station has started.