Bullet train: The Indian Railways plans to run a high-speed train on the southern corridor and this may well bear fruit soon. 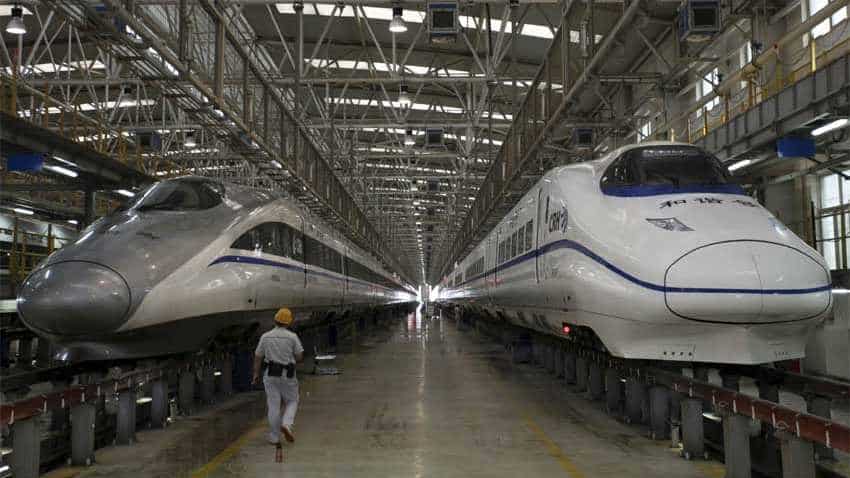 Bullet train: Feasibility report envisages that the high-speed train will cover a distance of 435 km in just 2 hours 25 minutes at a maximum speed of 320 km per hour. Reuters

Bullet Train project work for the ambitious Mumbai-Ahmedabad project that is a pet scheme of PM Narendra Modi is under progress and is expected to get completed before December 2022. Despite many hurdles, the project work is going smooth and even all the land acquisition issues are expected to get resolved soon. However, Indian Railways is not sitting on its haunches waiting for this project to be completed, it is already planning to roll out yet another bullet train, this one in South India! And it may not even suffer from the problem of land acquisition that is plaguing the current bullet train project.

Now, the Indian Railways plans to run a high-speed train on the southern corridor and this may well bear fruit soon. German Ambassador to India Martin Ney, who was conducting the feasibility report of the Chennai-Bengaluru-Mysore bullet train project, has handed it over to the ministry.

Ney in the report has said that running the high-speed train on the corridor is very much possible and advantageous. The report suggests that the project requires minimum land acquisition because around 84% of the route will be on elevated track, 11% in underground tunnels and 5% route on grade.

The feasibility report envisages that the high-speed train will cover a distance of 435 km in just 2 hours 25 minutes at a maximum speed of 320 km per hour. Just like the Mumbai-Ahmedabad corridor, the southern corridor will also have the European Train Control signalling system.

However, the approval to the project may take time as the feasibility study report will be first vetted by the Railway Board before sanctioning a detailed report for the project. The estimated cost of the project is approximately Rs 1.14 lakh crore at current prices. The project will be funded majorly by the German Consortium. The consortium expects to recover the project cost in 25 years primarily through train fare.

It envisages a planning period of three years and a construction period of nine years if operations are to be commenced by 2030.