Bullet buyers alert! Booked Royal Enfield? Here is what you should know

Sticking to the demand to cancel the transfer, a senior union official said a tripartite meeting was held in the presence of district labour commissioner Thursday, but it remained inconclusive. 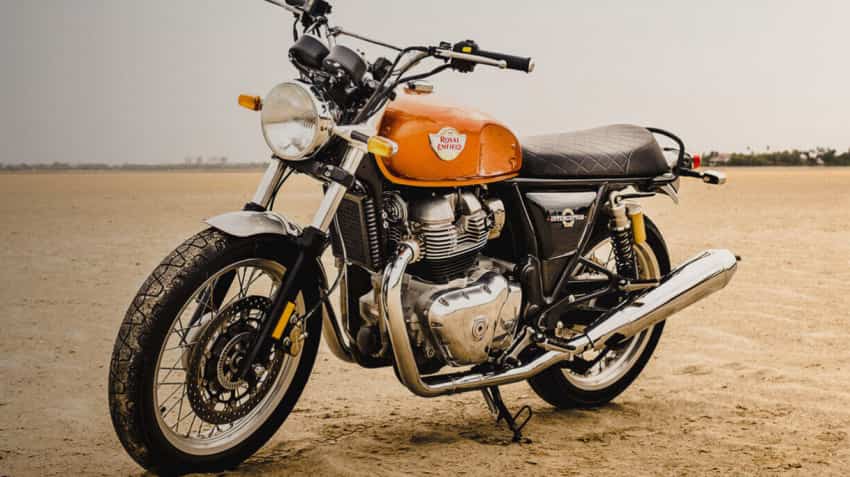 According to Royal Enfield union sources, the workers kept off work from the second shift on February 13, Photo: royalenfield.com

A section of employees at a manufacturing facility of bike-manufacturer Royal Enfield at Orgadam near here is on strike since February 13, opposing the transfer of some of their colleagues.

According to Royal Enfield union sources Friday, the workers kept off work from the second shift on February 13 to protest the transfer of employees who were also office-bearers of the trade union.

"Six people, including two women workers, have been transferred to various locations across the country. We opposed this and issued a notice that we will go on strike from February 13," union sources told PTI.

Sticking to the demand to cancel the transfer, a senior union official said a tripartite meeting was held in the presence of district labour commissioner Thursday, but it remained inconclusive.

"As of now, we are continuing with our strike and the employees on all the three shifts have joined us," he claimed.

Reacting to the protest, Royal Enfield, a part of Eicher Motors, said in a press statement that the bike-maker remains committed, as always in the past, to maintaining respectful relationships with all employees.

"We believe in an engaged workforce and cordial industrial relations, in creating a culture of excellence where all employees are proud of their contribution to the company," the release said.

"It is unfortunate that a certain section of the workforce has gone on a strike at our Oragadam plant," it said.

"We have been working closely with our workforce and have undertaken various constructive and confidence-building initiatives," it said.

"Currently, majority of the workforce continues to report for work at the Oragadam plant. Our other manufacturing facilities, including our plants at Vallam Vadagal and Tiruvottiyur, continue to remain fully operational", it said.

Royal Enfield was focused on resolving all issues in an amicable manner while keeping the best interests of the company and its workforce, it said.

Last year, a section of workers of Royal Enfield and India Yamaha Motor had struck work for more than two months since July 2018 over trade union issues, affecting production at the facility at Oragadam which is the hub of automobile manufacturers.