The government, on its part, is seeking to counter the opposition's offensive by bringing the Fugitive Economic Offenders Bill. The legislation, once passed, will grant powers to the government to attach assets of persons declared fugitive. This will include benami assets too. 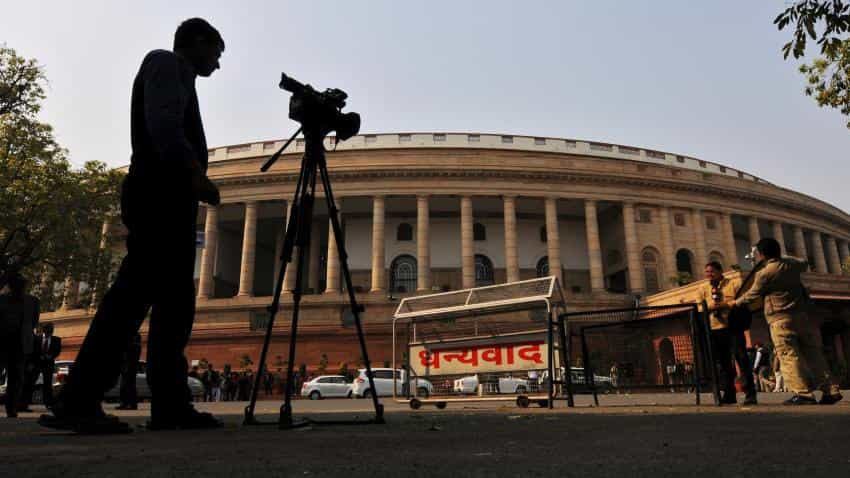 The second part of Parliament's Budget Session is likely to begin on a stormy note with the Congress and other opposition parties set to raise the issue of multi-crore financial scams involving public-sector banks in both the Houses. The Lok Sabha and Rajya Sabha will meet tomorrow after a month-long recess in the session. Opposition parties would seek answers from Prime Minister Narendra Modi on how the multi-crore Punjab National Bank (PNB) fraud and other banking scams took place under his watch and how the government failed to stop them.

The government, on its part, is seeking to counter the opposition's offensive by bringing the Fugitive Economic Offenders Bill. The legislation, once passed, will grant powers to the government to attach assets of persons declared fugitive. This will include benami assets too. While the opposition has not planned any joint strategy so far, it is likely to meet in a day or two to chalk out a plan for the Parliament session.

Sources said that while the financial sector and banking scams would dominate the proceedings in both Houses, issues related to crime against Dalits and women, farmers, the economy and unemployment would also be raised by the opposition benches.

The Congress will also raise the issue of "vendatta" at the hands of the BJP-led government aimed at targeting its political opponents. This comes in the wake of the CBI arresting Karti Chidambaram, the son of former Union finance minister and Congress leader, P Chidambaram, in connection with the INX Media case. He is currently in custody of the probe agency for five days till March 6.

The second part of the session would primarily see discussions on the demand for grants for various ministries. The opposition would also press for a debate on a number of contentious matters and important issues confronting the country. The government has listed a few bills for consideration and passage in both Houses.

Congress leaders said that they would soon be holding a meeting with other opposition parties to chalk out a joint strategy for the session. The aim is to corner the government unitedly and demand answers from it on various issues which it has evaded in the past, a leader from the party said.

Sharma said the party is also set to raise the issue of "selective vendatta" at the hands of investigative agencies by the BJP-led government to target key political opponents.

CPI leader D Raja said the issue of PNB fraud will be taken up and the new bills that the government proposes to bring would also be discussed. "We will demand answers from the government on how the fraud happened. The banking sector is in a deep crisis and its credibility is under stake," he told PTI. Raja also said that issues pertaining to atrocities and crimes against Dalits and women would also be taken up.

The Left leader claimed that such crimes were on the rise. He, however, said the financial crimes would be the highlight of the session.

TMC leader Derek O'Brien said his party is for a debate and a discussion in Parliament, and would evolve a joint opposition strategy soon. "We will coordinate with other opposition parties to expose this BJP government that has not delivered on their promises. I don't want to name any particular issue as there are many. We have issues for every day in Parliament,"he said.

O'Brien also claimed that the BJP had gone "overboard" with its victory in Tripura. "If you look at the bypoll results of Madhya Pradesh, Rajasthan and Odisha, it is very clear that their tally will come down," he said.

The TMC leader claimed that Prime Minister Modi will not deliver his address from the Red Fort in 2019. "If their target is West Bengal out target is Red Fort. BJP did not win Tripura, the Left surrendered it," he said.