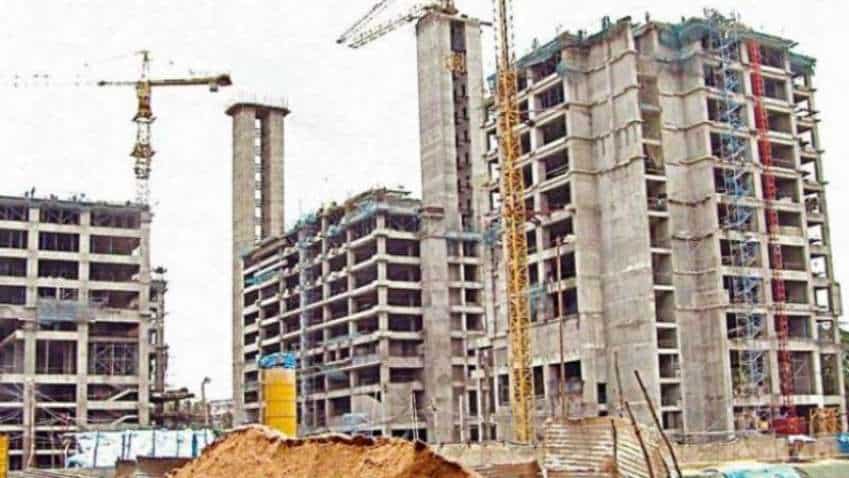 The Budget will be tabled in the Parliament on February 1: PTI

With the Union Budget for FY23 round the corner, real estate developers have started making their suggestions and recommendations to the Centre for including them in the Budget document.

The Budget will be tabled in the Parliament on February 1.

After facing strong headwinds during the initial days of the pandemic, the real estate sector has largely managed to come out of the turbulent clouds in 2021.

To keep the momentum intact in the high-growth potential realty sector, several developers have requested the government to provide incentives on taxes (both principal and interest) for home loans, on the rental housing segment, and extend some concessions on income from renting of housing properties.

Also, some urged the government to remove taxation on notional rental income in order to further boost demand for new properties, besides reducing GST on raw materials.

"Housing demand did bounce back strongly after the first as well as the second wave of the Covid pandemic, driven mainly by historical low interest rates on home loans. However, the sector is still plagued with two perennial problems -- unsold inventories and stalled projects. The third wave has emerged as a challenge for the sector and the economy," said Dhruv Agarwala, Group CEO at Housing.com, Makaan.com and Proptiger.com.

"The corpus of the government-backed stress fund 'SWAMIH' should be hiked to at least Rs 1 lakh crore. The current corpus of Rs 25,000 crore has already been committed."

In November 2019, the Centre launched the 'SWAMIH Investment Fund' to help complete over 1,500 stalled housing projects, including those that have been declared non-performing assets (NPAs) or had been admitted for insolvency proceedings.

Any upward revision in the corpus will help in completion of stuck projects and bring back the much-needed consumers' trust in the under construction property market, Agarwala added.

Lately, residential demand has been resilient, particularly in the mid-to-high-income segments despite all Covid-led disruptions. The firm demand can be attributed to various factors such as low rate of interest on home loans, pent-up demand, and incentives by certain states.

"Schemes such as 'PMAY' have played a pivotal role in improving home ownership. Continued focus on budgetary and extra budgetary allotment to such schemes can improve access to housing in the low-to-mid-income segments of the population. The pending expenditure on PMAY is over Rs. 1 lakh crore, while the allocation was Rs 48,000 crore in FY2022 (budget estimate) and Rs. 41,000 crore in FY2021 (revised estimate)," rating agency ICRA said.

The allocation needs to be ramped up in the forthcoming Budget to meet the target of 50 million dwelling units under the Pradhan Mantri Awas Yojana, it opined.

On challenges regarding the implementation of the bankruptcy process for real estate companies, steps must be taken to streamline the process to achieve faster adoption and implementation of resolution plans so that both lenders and home buyers could reap benefits, ICRA added.

One suggestion which many developers have put forward is to provide industry status to the realty sector.

"There couldn't be a more opportune year to accord industry status to the real estate sector as a whole; currently the same has been accorded only to affordable housing. This is a long-pending demand and can help developers raise funds at lower costs," said Kaushal Agarwal, Chairman, The Guardians Real Estate Advisory.

Besides, extending tax holiday on an income of Rs 10 lakh to taxpayers for a year may also provide impetus to demand and consumption, Agarwal said.

"The reduced repo rate has helped reduce EMIs for homebuyers; the government should permit further deductions in the income tax for individuals availing homes to buy affordable and mid-income homes," he argued.

In 2021, the industry saw a strong demand for office spaces from the start-up world.

"There is also a need to reduce GST to the lowest slab for upcoming startups as it will make a significant impact on their budget. Currently, coworking spaces charge a GST of 18 per cent to all clients and this is a big impact to startups," said Manas Mehrotra, Founder, 315Work Avenue, a leading co-working firm.

"Coworking firms are also hoping that input tax credit under GST be extended to developers so that it could be passed on to companies who lease out space and thereby reduce their overall costs. The industry is also looking forward to an added infrastructural push from the Government, and a single-window clearance system that helps in faster establishment of co-working spaces to non-metro cities as well."

Ramani Sastri, Chairman and MD, Sterling Developers, said: "To boost the consumption in this sector, the government should focus on providing more liquidity to the taxpayer by raising the ceiling of the rebate on the home loan interest."

"We also expect input tax GST credit for developers, reduction in stamp duty which has happened in several states and registration charges which make a sizeable difference to the cost of a project, thereby boosting home buyers' sentiment and encouraging them to go in for property purchase."

The other category which saw a strong uptick in demand was the second home segment.

To support the second home segment, there is a specific need for income tax relief, said Lincoln Bennet Rodrigues, Chairman & Founder, The Bennet and Bernard Company, which is known for luxury holiday homes in Goa.

Ramesh Nair, CEO, India and Managing Director, Market Development, Asia, Colliers, said: "Budget 2022 should continue to focus on expansionary policy measures to boost consumer spending and investment. Measures to boost affordable and mid-income housing in the form of extension and expansion of tax benefit for first-time home buyers, sops for developers engaged in affordable housing and rental housing projects will have a positive domino effect on the real estate sector and the overall economy."

With more than 25 years presence, Colliers, a Nasdaq-listed company, is a professional consultancy firm which provides advice to real estate occupiers, owners and investors with operations in 67 countries.

Echoing some other real estate players, Subhankar Mitra, Managing Director, Advisory Services, Colliers India said that the sector should be given the industry status, which will go on and help in getting access to cheaper funding.

Further, Vikas Chaturvedi, Chief Executive Officer, Xanadu Realty, said: "...some provisions to automate the registration process (needs to be introduced) so that the need to go physical registration is replaced with technology would go a long way in reducing consumer inertia. Banks have already started this through fintech, and real estate has an enormous need for this initiative."

"In addition, the GST waiver for under-construction properties, along with reduction on GST for raw materials, will be a significant relief to the developer community. This should propel the demand in the affordable housing category."