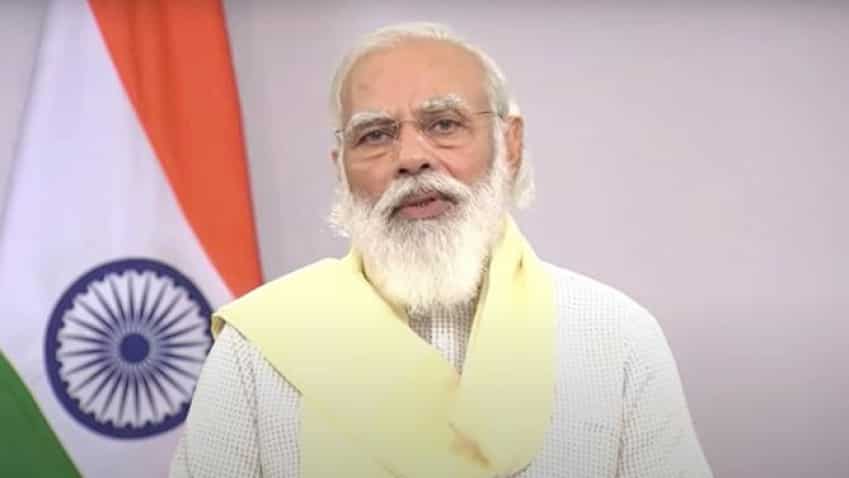 Ahead of the Budget 2021, Prime Minister Narendra Modi will interact with economists and sectoral experts on Friday to discuss provisions that could be included in the upcoming budget. The move by the Prime Minister is reportedly said to come in the wake of the uncertainty created in the market due to Covid-19.
This virtual meet, organised by the government think-tank Niti Aayog, will also be attended by  Niti Aayog Vice-Chairman Rajiv Kumar and Niti Aayog CEO Amitabh Kant.

"The Prime Minister will meet economists on Friday to seek their inputs for the next budget," DNA news website quoted as a government official telling this to PTI on condition of anonymity.

This comes as India`s First Advance Estimate of national income on Thursday showed a contraction of 7.7 per cent in real GDP for FY 21. On a year-on-year basis, Asia`s third largest economy had grown by 4.2 per cent in 2019-20.

The government's spending plans particularly on infrastructure and social sectors as well as relief to sections hit by the pandemic and lockdown will dictate the pace of recovery, PTI quoted analysts as saying.

The process of sale of BPCL and Air India is ongoing and the government has received ‘multiple expressions of interest’ in these two companies. Sitharaman mentioned that the government has taken several measures to support the economy but no amount of intervention will be adequate to deal with the crisis triggered by the COVID-19 pandemic.
The Union Budget is to be presented on February 1, 2021.