Finance Minister Nirmala Sitharaman will be presenting her third Budget in a short while from now. Here are the key numbers to watch out for in the Budget for 2021-22, which is widely expected to be a "economic vaccine" for the pandemic-battered economy. 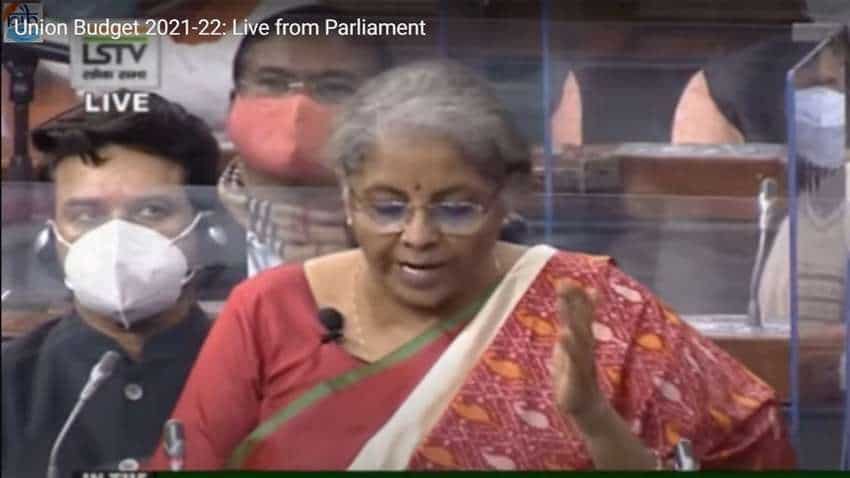 Finance Minister Nirmala Sitharaman will be presenting her third Budget in a short while from now. Here are the key numbers to watch out for in the Budget for 2021-22, which is widely expected to be a "economic vaccine" for the pandemic-battered economy.

Sitharaman, who had in her first budget in 2019 replaced leather briefcase -- which had been in use for decades for carrying budget documents -- with a traditional red cloth 'bahi-khata', had last month stated that the budget for the fiscal year 2021-22 will be "like never before".

* COVID-19 spending: India has started the world's largest COVID inoculation programme from January 16 and is using two vaccines Covishield and Covaxin. The expenditure on vaccination this fiscal as well as in the next would be the most watched figures in the Budget.

* Fiscal Deficit -- The budgeted fiscal deficit, which is the difference between government expenditure and income, was 3.5 per cent for current fiscal "ending March 31.?However, the revised number would over-shoot this by a large margin due to the fiscal stimulus given to support the economy following COVID-19 outbreak. The number for 2021-22 fiscal would be in focus.

* Borrowing -- The borrowing has already been hiked to Rs 12 lakh crore, from earlier budgeted Rs 7.8 lakh crore, to make good both tax and disinvestment revenue shortfall. Next fiscal's borrowing, especially on the back of expected higher capital expenditures to boost growth, would have to be keenly watched out.

* Tax revenue -- With an estimated 7.7 per cent economic contraction this fiscal, the 12 per cent growth projected in tax revenues at Rs 24.23 lakh crore for 2020-21 for current fiscal is difficult to meet.

* Disinvestment receipts -- The record Rs 2.10 lakh crore CPSE stake sale target would be missed by a wide margin this fiscal with just Rs 19,499 crore raised so far. However, the silver lining is that privatisation process of at least 7 CPSEs, including Bharat Petroleum (BPCL), Air India, BEML, Shipping Corporation of India (SCI) and Pawan Hans has already started.

* Capital Expenditure -- The government's planned capital expenditure for this fiscal was over Rs 4.12 lakh crore. With the Economic Survey calling for an "expansionary fiscal stance" to ensure a 'V'-shaped recovery and clock 11 per cent growth in 2021-22 fiscal, the expenditure number would hog the limelight.