Government has initiated efforts to help farmers but more needs to be done, a farmers' representative says. The government should bring a law on Compulsory Reserve Price for effective implementation of MSP scheme, he adds 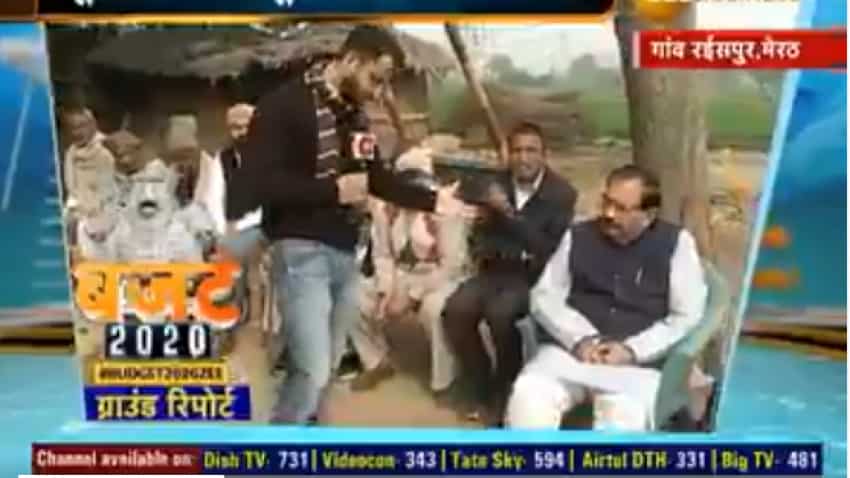 Budget 2020, which is to be presented on 1 February has created a lot of expectations among people from all walks of life. Indian Farmers are no different. Farmers are pinning their hopes on Narendra Modi government 2.0 and are expecting many sops in Budget 2020. Zee News reporter Sameer Dixit gives a ground report from a village in Uttar Pradesh's Meerut district.

The government has definitely started working in the direction of farmers' welfare, but still a lot has to be done. The biggest problem being faced by the farmers is that they do not get the optimum prices for their yields which has been the biggest reason for their bad financial situation, Krishnaveer Chaudhary, who is also the President of the local farmers' association said.

Though the government has been giving minimum support price (MSP) at a level of at least 150 percent of the cost of production, he said adding that this was unprecedented. But a problem with this is that only 6% of the farmers across the country are getting benefited, he further said.

Chaudhary said that the countrywide benefit of this scheme will only come only when the government makes it a "Compulsory Reserve Price" and brings it in the form of a law. The provisions of penalty need to be kept in the law to make it more effective he added.

Nobody should buy farm produce below the MSP, Choudhary said.

Another farmer said that the government should bring people from the farmers' community while it decides on MSP.

A third farmer said that the governments at the state and Center should make all efforts to strengthen the farmers' financial position. He further said that the false loan waiver promises are not helping the farmers on the ground.