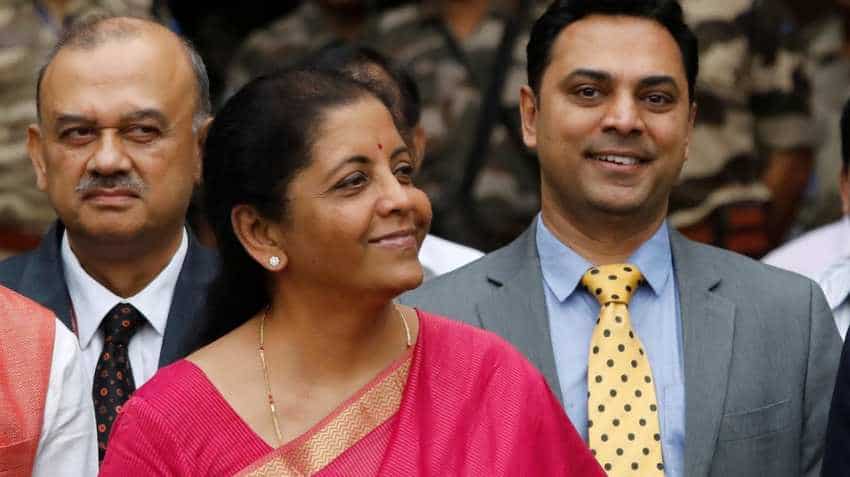 Airtel chief Sunil Bharti Mittal who was there at the meeting said the government should act to make doing business easy in India.

On the telecom sector, he said tariffs are too low compared to investments and he expects average revenue per user (ARPUs) to become around Rs 300 in the near future.

"Conusmers have been enjoying very very low rates. But we need to have a balance between requirement of investments and consumers on the other side. So my view is Rs 200 ARPU, at a lower end Rs 100, and at the upper end up to Rs 450-Rs 500 and therefore the blended eventual ARPU to be Rs 300 a month," he said.

"Blended eventual Rs 300 ARPU, which will still be $4 a month, is, by far, the lowest anywhere in the world and yet consuming 2-3 times more data than anywhere else in the world. Thats the balance we need to get to," Mittal told reporters here after the meeting.

"Trai (Telecom Regulatory Authority of India) needs to work on this because the industry has not been able to have a orderly mechanism to get to that point. We are unnecessarily killing this industry in a manner which is not conducive for the sector and that`s why we need Trai intervention," he said. "There is a need to balance consumer interest and investments", he added.

On the 5G spectrum allotments, Mittal said time for the auctions this fiscal is too short. RP-Sanjiv Goenka Group chief Sanjiv Goenka said the discussions centred around the measures to stimulate growth, ease of doing business facilitations and some stakeholders also suggested a cut in personal income tax. There were deliberations on infrastructure and the power sector as well.

"We all recognise that it may take 2-3 quarters to get the excess capacity utilised," he said.

According to a Finance Ministry statement, industrialists suggested many ways to boost the rural economy, especially ways to increase consumption. Other suggestions included ideas to improve the Insolvency and Bankruptcy Code (IBC) in relation to the National Company Law Tribunals (NCLTs) and banks, faster mergers, acquisitions and demergers processes, ways to reduce time for FDI approval, structural changes in laws for effective and stable business environment, time-bound decisions for augmenting ease of doing business both at Central and state levels, new capital investment for building infrastructure, among others.

The meeting with Sitharaman was attended by Minister of State for Finance Anurag Thakur, besides the various Secretaries of concerned ministries, the Director General of Foreign Trade, the Chairman Central Board of Direct Taxes, Chief Economic Adviser K.V. Subramanian, and other senior officials of the Finance Ministry, the statement added.