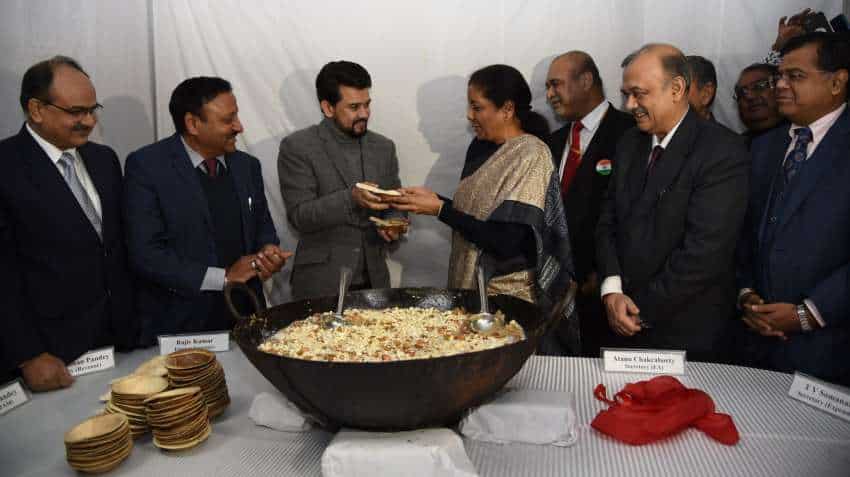 The healthcare sector is expecting some push to naturopathy in the Budget 2020 from Nirmala Sitharaman. Photo: Courtesy PIB
Written By: Asit Manohar
Edited By: Harish Dugh
RELATED NEWS

Budget 2020: Healthcare sector wants concrete steps to be taken by Finance Minister Nirmala Sitharman over the five focus areas recommended by the Niti Aayog. It also wants allocation of funds for the bridge course authorising community health workers to practice modern medicine in the remote rural parts of India to bridge the lowering doctor-patient ratio. The industry insiders are expecting some push to naturopathy in the Budget 2020 as the Modi Government is pro-active on the Yoga and other allied naturopathic health treatment.

Savitha Kuttan, CEO, Omnicuris- a health tech & social medical enterprise said, "The Modi Government needs to allocate funds for bridge course authorising community health workers to practice modern medicine and make up for the lack of availability of primary care physicians in rural and remote areas. With dismal insurance penetration rates and the lack of insurance for primary OPD visits, India also has one of the highest out of pocket health expenditure rates globally, pushing over 58 million people into poverty annually. More importantly, as long as the government spendings on the health sector remain low, the labour productivity in the health sector is not going to go up."

However, she said, Niti Aayog’s latest report identified five areas of focus for the future of the health system, including restructuring health financing, integrating service delivery, educating patients, and boosting digital infrastructure to increase access to quality healthcare. The government needs to put all these things under consideration while allocating the budget in the healthcare industry and revamp the state of healthcare in India.

KR Raghunath, Senior Chairman, Jindal Naturecure Institute said, "Naturopathy is expecting major initiatives from our Government, which has been taking enormous steps to promote Ayurveda and yoga in day-to-day life.  Time and again it has been seen that AYUSH systems have immense potential to tackle the rising healthcare burden of non-communicable diseases (NCDs) in India. Besides yoga, Government should promote naturopathy and make it a part of school and college curriculums, and set up a committee to introduce naturopathy practices in universities. Standardizing naturopathy practice is the need of the hour as it will enable us to lay down strict standards that have to be adhered to by all Naturopaths."

Raghunath went on to add that the government needs to leverage the resources of alternative medicine systems so that universal health coverage can be achieved. Legitimizing naturopathy and conducting mass awareness campaigns to educate the masses is the right way forward.