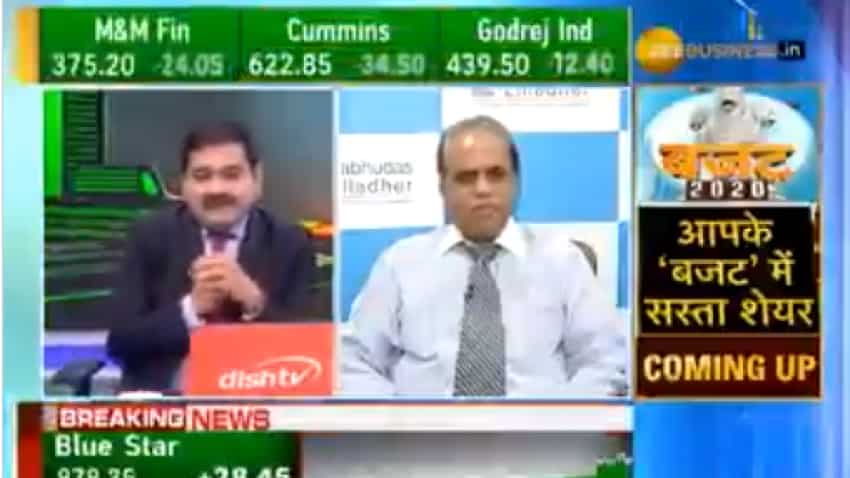 Budget Expectations 2020: At a time when private investments are down, the onus lies on the government to increase spending for growth revival, Prabhudas Lilladher's Joint MD, Dilip Bhat
Written By: ZeeBiz WebTeam
Edited By: Harish Dugh
RELATED NEWS

He said that the government will have to increase its spending and at a time when the private investments were not happening. It will be for everybody to see in the Budget 2020, how much is the government planning to spend in this fiscal year, the Joint MD said. "There have been very few Prime Ministers who have an appetite for risk-taking decisions and Prime Minister Narendra Modi is one among them," Bhat said.

He added that the capital expenditure and spending will augur well for the country and its impact will be seen going forward.

He said that farm incomes were up and the prices of the products were rising and green shoots could be seen. A combination of green shoots in the agriculture sectors along with government spending will have a positive impact on the overall economy, the Joint MD said.

Bhat said that the markets just a few days before and after the budget will return back to the fundamentals. He said that the investors should not expect a run-away performance form the markets as there have been apprehensions in the markets in India and overseas which could likely continue for some time.

He said that even if there is a situation of a run-away market, it would primarily be "sell on the rise market" for some time. The investors can focus on real estate, infrastructure, consumer durables and agrochemicals, Bhat advised.