Budget 2019: PM Modi's policies a welcome move to boost Indian economy; this is how experts have reacted

Overall, the policies and reforms announced by NDA government are seen as a major booster for Indian economy. 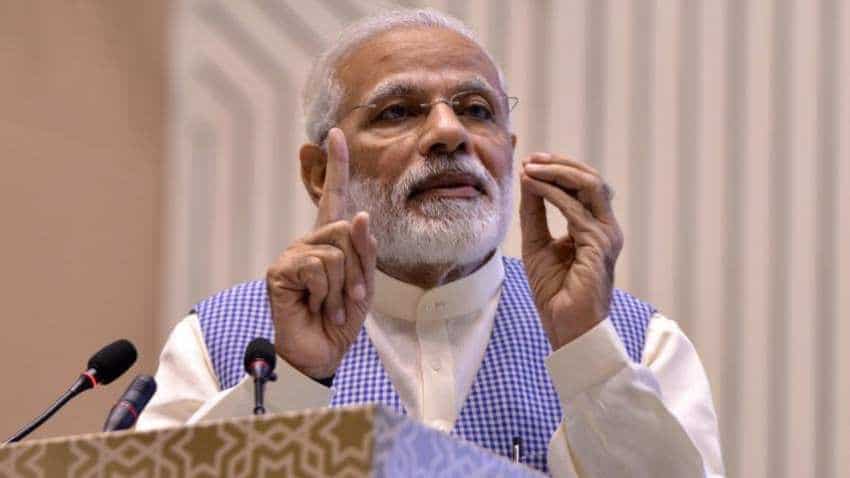 Many experts have reacted for Budget 2019. Photo: IANS

Budget 2019: An interim Budget 2019-20 was presented in Parliament today by interim Finance Minister Piyush Goyal. Besides announcing a major Scheme for farmers, the Budget announcements also provide tax sops and sets the Developmental Agenda for years to come. Overall, the policies and reforms announced by NDA government are seen as a major booster for Indian economy.

Many experts have reacted for Budget 2019, let's find out what they have to say:

We welcome the budget for ushering in policies that will help in the growth of the overall economy. While the government has been positive on a macro vision for the rural economy, some measures could have been taken to bolster the co-working sector specifically and smart cites.

There have been no measures around GST and taxation in Budget 2019 to help co-working firms. Input tax credit under GST is an important issue that concerns the sector. The government has not enabled co-working firms to claim input credits on work contract and construction services supplied, as detailed under GST provisions.

If Math adds up, i.e. they can generate revenue to fund, then this is a positive budget.

Even outside the budget, lifting of PCA norms from 3 PSU banks is excellent news for improved credit access.

The move by the government to increase the tax exemptions will lead to additional savings thereby leading to more discretionary spends and travel and tourism can be one of the beneficiaries  The overall emphasis on improving rural connectivity with an outlay of Rs 190 billion will lead to easier access to key tourism destinations which are located in rural and semi-rural areas.  Furthermore, the government’s continued emphasis on the North East by allocating additional resources to the region will dramatically improve the connectivity and give a boost to tourism.

The developments in recent years on digitizing payment transactions have been, by and large, limited to urban and semi urban locations. With the government’s objective to setup 1 lakh digital villages as was announced today, we hope that the convenience, ease of use and speed that underline every digital transaction is extended to the remotest corners of the country. Such measures will encourage payments solution providers like us to introduce newer innovations to increase digital payments penetration and consequently, financial inclusion.

Initiatives such as Digitization of Export and Import transactions and setting up 1 lakh digital villages in the next five years, are certainly going to create a headway for India to become the largest cash-less economy in the world. We are also excited to see Government’s push towards AI.

Tilting towards populism, while avoiding a big bend”, the government announced the interim budget for FY20. The FM has made an effort to contain FY19 fiscal deficit @ 3.4% of GDP, while maintaining the FY20 Fiscal deficit target straight line 3.4% of GDP (at probably cost of capex expenditure). With potential of stoking inflationary pressures, the budget also pushes the

Fiscal consolidation away for some time, especially when there is an increased doubt on revenue generation.

The FM has tried to address agrarian issues through a farm package (PM kisaan Samman Yojna), though the allocation pegged t INR 750bn does not disturb the fiscal maths in big way.

The revenue targets, especially on GST collections and Disinvestment for FY20 looks quiet stretched and optimistic.

Digital India being mentioned as one of the 10 pillars of the Government’s Vision 2030 is a welcome step for our industry. With urban India already adopting the Digital Inclusion, now the Government is penetrating deeper into semi-urban and rural India. The Government’s target to reach 1 lakh digital villages in the next 5 years is indeed encouraging and this will help in increasing the penetration levels of channels such as PoS, QR code and UPI and augur well for acquirers like us. The Government’s new initiatives for farmers namely PM Kisaan Samman Nidhi will result in more Direct Benefit Transfers for the banking system. The Government’s intent to deploy AI (Artificial Intelligence) in various priority areas will also help if leveraged in end-to-end cash and digital payment solutions and automation technology.

The government announced several steps to boost the MSME sector and empower them in 2019 Budget. With the announcement on 2% subvention for MSMEs for loans upto Rs 1 crore, and to extension of GeM platform to support domestic services and trade, the govt. has tried to support the demand and supply of goods and services.

Budget announced today was an exercise by the government to improve the fortunes in the forthcoming general election.  In the short term, the stimulus of ninety three thousand crores to salaried employees and farmers means a boost to consumption but much needed infra and capex spending continue on the backseat. Budget estimate on the revenue front appears unconvincing. Though one should not take a full financial year view on the basis of this budget as policies of the new government post general election in May would finally decide how government finances look when we end the coming financial year FY19-20.

I congratulate the Finance Minister for delivering a growth-oriented budget benefitting various sections of the society and stating out the vision to make India a US$ 10 trillion economy, a daring and laudable move. Adherence to fiscal prudence despite providing benefits to the middle-class, farmers, and the unorganized sector will boost consumption, improve social security and ultimately revitalize the Indian economy, which bodes well for the capital markets as well.

The budget 2019 has been quite a balanced budget keeping in mind the year being an election. Rise in fiscal deficit to just 3.4% vs an expectation of 3.5% due to an additional outgo of Rs. 75000 to farmers is welcome. Additional SOPs to the middle class on direct taxation and housing will further improve prospect on the NDA government in the coming elections. Both from fiscal and from a growth perspective the budget is likely the to user in positive sentiment for the markets.

Sabka Saath, Sabka Vikas has been government's mantra and it has rightly reflected in the power packed budget presented by acting Finance Minister Piyush Goyal. This interim budget was clearly more than Vote-On-Account. A populous budget that appealed to masses as an agenda of the current government not only highlighted achievement across the sectors but the results thereof. The focus of the budget was to change the reforms from an incremental to transformative.

Largely touched upon the farmers and salaried tax payers, it will lead as trend changing moment for the consumption story and relate to the growth engine for the new India.