Ease of doing business for MSMEs is need of the hour as they work as a vendor to the giant companies and their contract is rarely reviewed. 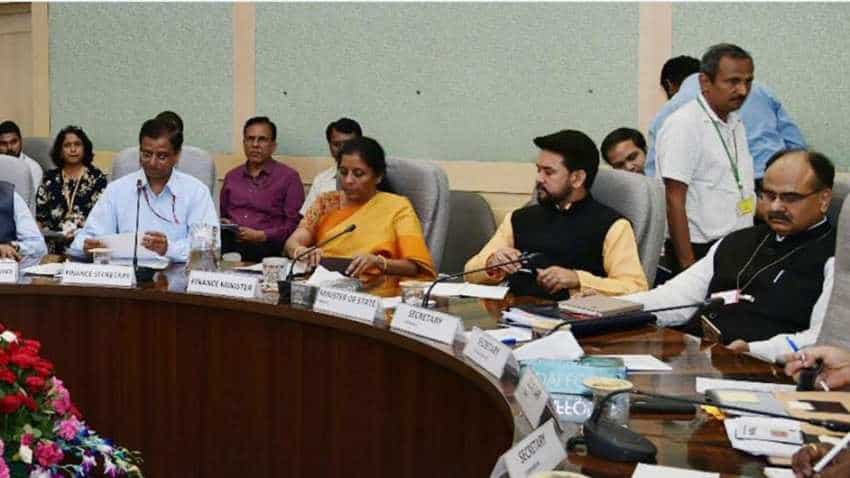 Revising the definition of MSMEs, addressing tax and ROC compliance, TDS payments, etc. are the measures that MSMEs are expecting from the finance minister. Picture: N Sitharaman twitter handle

The Micro Small and Medium Entreprises (MSMEs) has asked the finance minister Nirmala Sitharaman to take measures in budget 2019 that can create ease of doing business. They said that revising the definition of the MSMEs, addressing the tax and ROC compliance, TDS payments, etc. are the measures that they are expecting from the finance minister on July 5.

Sameer Aggarwal, Founder & CEO, RevFin said, "A few small steps will help here. First, all tax and ROC compliance should be done once a year in a specified time frame and as a single process. Even new compliance requirements should be done as part of this rather than doing as a one-off at different times during the year. This will reduce the time and cost of using professional services. The process like TDS payments should be done through a direct debit process which should include all banks rather than a few banks only."

Asking to revise the definition of MSME Rajeev Chawla, Chairman at IamSMEofIndia said, "Revise the definition of MSMEs- either increase investment limits or change to Turn over." He said that ease of doing business for MSMEs is need of the hour as the majority of the MSMEs work as a vendor to the giant companies and their contract is rarely reviewed by their outsourcing companies. In such a case, it becomes important from the government perspective to address their demand to revise their definition, which was done more than a decade ago in 2006.

"MSMEs have done the majority of the measures like energy audit, cost audit, etc. that can help them contain their input cost but now it's high time for the finance minister Nirmala Sitharaman to address our demand, which they had announced to address in budget 2018," concluded Rajeev Chawla of IamSMEofIndia.