Budget 2019: With Modi government 2.0 set to present Full Budget 2019 on July 5, many demands are coming in from industry voices with respect to tax rebates, exemption and other reliefs. 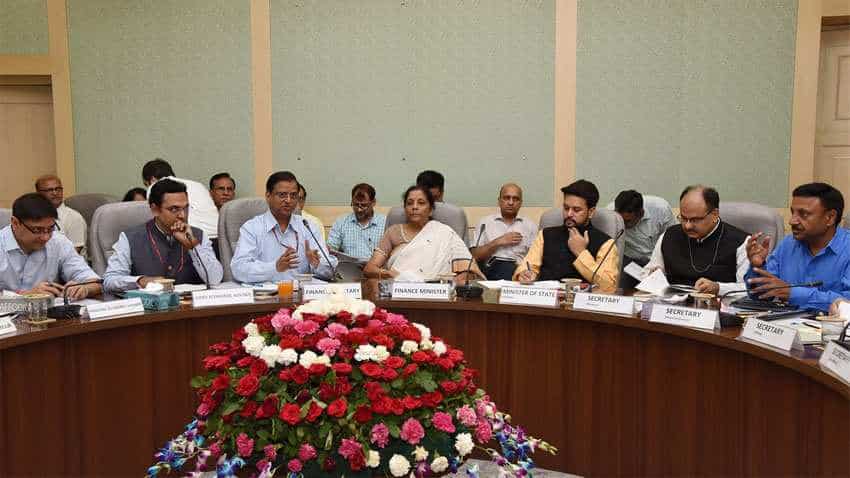 Finance Minister Nirmala Sitharaman is scheduled to present the first Budget of Modi 2.0 government on July 5.

Budget 2019: With Modi government 2.0 set to present Full Budget 2019 on July 5, many demands are coming in from industry voices with respect to tax rebates, exemption and other reliefs. Meanwhile, sources of Zee Business have confirmed that the Modi government is contemplating to raise Income Tax exemption limit to Rs 5 lakh. Finance Minister Nirmala Sitharaman is scheduled to present the first Budget of Modi 2.0 government on July 5.

Moreover, property consultant Anarock has demanded industry status for the real estate sector, single-window clearance for development and increase in bank funding to developers for completing projects in its wish list for the upcoming budget. It has also pitched for re-introduction of input tax credit (ITC) in GST, which has been withdrawn from this fiscal year. "With the Modi government taking full charge, all sectors have high hopes from the finance minister - who is already saddled with multiple issues including the slowing economy, liquidity crunch due to NBFC crisis, lack of job creation and rising NPAs, among others," Anarock Chairman Anuj Puri said.

Also, industry chamber Ficci had said that the government needs to increase foreign direct investment cap in the insurance sector and multi-brand retail trading for products manufactured and sourced from India for attracting overseas inflows. "In line with 100 per cent FDI in food retail, a similar policy could be considered for multi-brand retail in products that can be fully manufactured in and sourced from India," Ficci said in its pre-Budget suggestions to the government. It said that in the insurance sector, FDI cap can be increased from 49 per cent to 74 per cent.

Earlier, more measures to boost investments in the infrastructure sector, promotion of renewable energy and steps to bring down cost of projects were some of the suggestions made by representatives of the infrastructure and climate change sectors during their customary pre-Budget meeting with Finance Minister Nirmala Sitharaman.