Budget 2019: Lower global rates - An opportunity for the Indian economy

The ten-year United States (US) Treasury yield dipped below two per cent recently. The Indian market participants must view this move as an opportunity to improve and strengthen the investment markets in India. 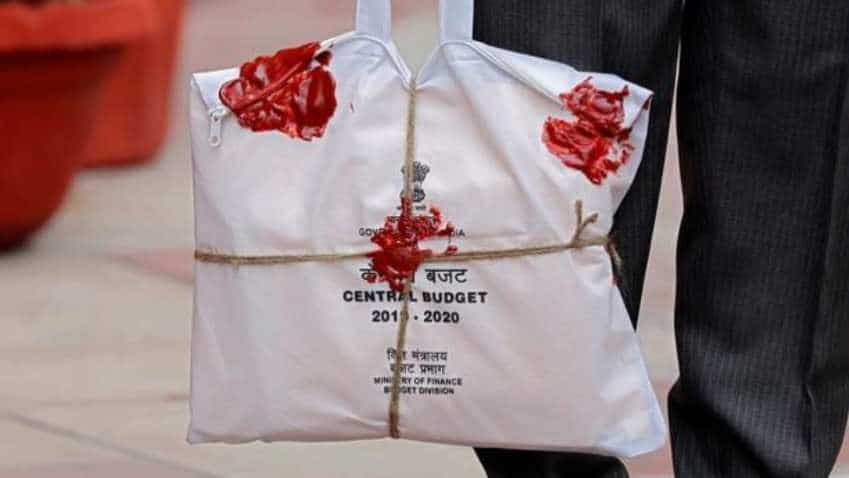 The recent central bank commentary and market reactions suggest rates could be lower for much longer than expected. Image source: Reuters

The ten-year United States (US) Treasury yield dipped below two per cent recently. The Indian market participants must view this move as an opportunity to improve and strengthen the investment markets in India. Low yields in developed markets and the consequent need for higher investment returns from investors are trends that have been evident over the last decade as quantitative easing by central banks has led to a lower interest rate world. The dramatic drop in developed market bond yields in the previous thirty days further emphasises the renewed focus investors will have on seeking higher investment returns.

Other than the US markets, 30-year yield on German bonds and Japanese bonds have also declined by approximately 31 and 27 basis points respectively in the last one month. The impacts of the drop-in returns in the German and Japanese markets are significant. The magnitude of yield reduction is better understood by looking at the decrease in yields, vis-a-vis the total existing yield in the market. For both Germany and Japan, the decline in the 30-year bond yield over the last one month in absolute terms is approximately equal to the current yield on the 30-year bonds. The changes in yields in the previous month have been structural and have once again reiterated the point that investors, regardless of sector focus, will have to continue to look to increase investments in higher-yielding developing markets such as India.

From an Indian perspective, as we tide over the credit issues that the market has faced over the last few years across the corporate balance sheets, this continued and sustained low-rate environment has provided an opportunity to get our house in order, improve systems and move ahead to attract more capital towards boosting Indian economic growth.

Even as we grapple with short-term liquidity issues, especially in the Non-Banking Financial Company (NBFC) Sector, the considerable investor interest in asset sales of NBFCs is heartening. The considerable investor interest in the monetisation efforts taken up by the NBFCs to shore up their balance sheet is an indication that while financing issues need to be dealt with, the Indian credit markets are still an attractive long-term play. For both Avanse Financial and Aadhar Housing that DHFL sold, there was significant interest amongst foreign investors. The fact that in the end the assets were bought by capital-rich foreign private equity funds Warburg Pincus and Blackstone was not surprising. Investor interest in Indian assets that will have significant exposure to potential growth in the economy is high. While the value of Indian assets is not in question, the price and management control are the driving factors. It is of utmost importance that Indian companies and policymakers view the rapid decline in interest rates in the global economy as providing them with time to resolve issues that the credit markets face.

While India has significantly improved the credit markets, the next step is to boost further regulations such as expedited bankruptcy resolutions, robust credit ratings and transparency in loan pricing to attract additional investments.

There has been a clarion call for higher spending by the government to boost investments and economic growth. But given the fiscal balance required from a budgetary allocation perspective, robust regulatory mechanisms to encourage further investments by foreign capital should be a primary focus area. Indeed there are specific sectors such as highways where the government is better suited to take on the initial capital outlay, consumer-facing industries probably need to see the government more as an efficient regulator than a financier. The government indeed needs to boost consumption and credit in the short-term, but it is as much true that the real value the government can add, at least in the medium-term, is perhaps through the facilitation of credit.

The interest rate moves in the developed economies, especially in the longer tenures, will create a structural shift that will require pension funds and insurance companies in the developed economies to look towards higher yields in countries such as India. That said, low risk will be paramount when such institutions make investments in India. While India has so far seen increased participation from private equity funds and hands-on sophisticated pension funds, the key is to get access to an even larger pool of more risk-averse investors.

A little more than a year back, central bank commentary in the developed markets had turned significantly hawkish, and a reduction in the balance sheets was seen. Twelve months is a long time in financial markets. The recent central bank commentary and market reactions suggest rates could be lower for much longer than expected. A low-rate environment provides Indian balance sheets with an opportunity to recalibrate towards a robust structure to reignite Indian growth in the years to come.