Budget 2019 LIVE Streaming: When and where to watch Piyush Goyal speech live on TV, Online

Budget 2019 LIVE Streaming Online: Piyush Goyal Speech will start shorty as Narendra Modi government will present its first interim budget on Friday morning. Here is how you can watch it. 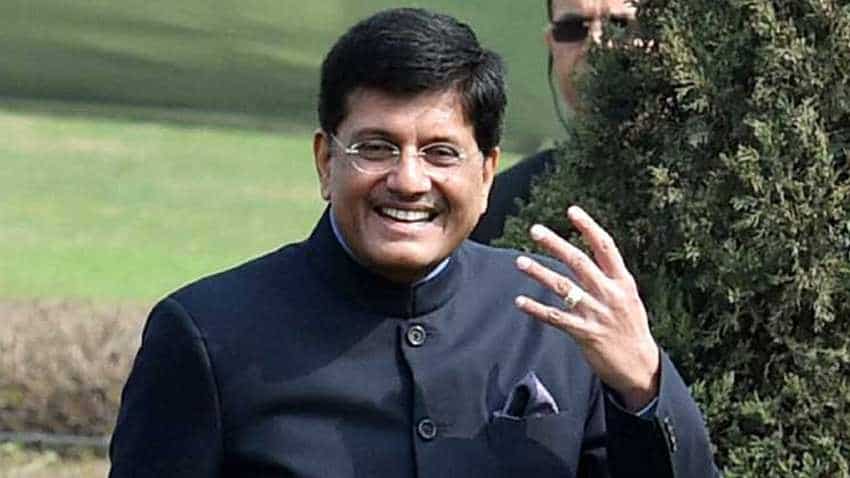 Budget 2019 LIVE Streaming: Narendra Modi government will present its first interim budget on Friday morning. The last budget by the current government before 2019 Lok Sabha elections will be presented by Piyush Goyal in the absence of Arun Jaitley. The interim budget is a summary of the income and expenses held last year and the future expenses expected to be held take place in the next few months until the new government takes charge. The government is unlikely to make any major announcements.

How to watch Budget 2019 LIVE Streaming?

Piyush Goyal's speech will be broadcast on Zee Business TV. You can watch full Budget 2019 presentation there. Budget 2019 live streaming will be available on ZeeBiz.com. You can follow the website for Budget 2019 live updates as well. The viewers will also get a full analysis of the budget with experts on board, from various industries.

The speech of the interim finance minister is expected to start at 11:00 am on Friday. It can go long till 1:00 pm, like previous budget speeches.

The budget will be presented in the parliament of India. Finance minister (FM) of the country delivers the speech every year, containing major points related to the presentation. However this year, the interim finance minister, Piyush Goyal will be reading out the budget. Arun Jaitley is on medical leave in the US.

The Union Minister of Finance, Corporate Affairs, Railways & Coal, Shri @PiyushGoyal along with both the MoS(Finance), Finance Secy & other Secretaries of the Ministry, CEA & Chairman, CBDT & CBIC giving Final touches to Budget 2019 in his office in North Block in New Delhi today pic.twitter.com/dKodf2u6he

Speaking about the budget, Steffen Knapp, Director, Volkswagen Passenger Cars, told Zee Business Online, "This year, the automotive industry is undergoing a major technological transformation as we shift from BS IV to BS VI norms, enhance our safety standards and increasingly prepare towards developing the e-mobility landscape. With increased investments, we urge the government to support and uplift the declining market sentiment by reducing the GST rate and cess applied on passenger cars. Further, with the aim of promoting e-mobility in India, we request the government to outlay a stable regulatory and taxation framework that supports and incentivizes the manufacturing of electric vehicles. As an industry, we must understand the willingness of a customer and the value proposition electric vehicles will offer. With this, we look forward to a positive 2019 for the auto sector in India.”

Dr VP Singh, Professor, Economics, Great Lakes Institute of Management, Gurgaon said, "The politico-economic heat of election year is cooking the Budget. Sweet aroma of goodies emanates from Jaitley’s cauldron. Pouring of GST related benefits gives ample evidence on the nature of budget that can be expected. Interestingly, both the perspectives, economic or political, point out towards a similar nature of the budget. The NDA government emphasized on increasing rural incomes right from its first budget. The narrative has continued in every budget with more money getting allocated to agriculture, irrigation, rural roads, rural sanitation, GRAM mandis, crop insurance, soil health, health insurance, Minimum Support Price and rural employment. A lot of work still needs to be done in these areas. So, allocating more funds to these will be an obvious choice for the government. We have already seen opposition wooing the farmers with populist promises. So spending more in these areas would be politically correct too. A push towards self-employment will also be seen as it will be difficult to generate adequate number of jobs through industry and government requirements."