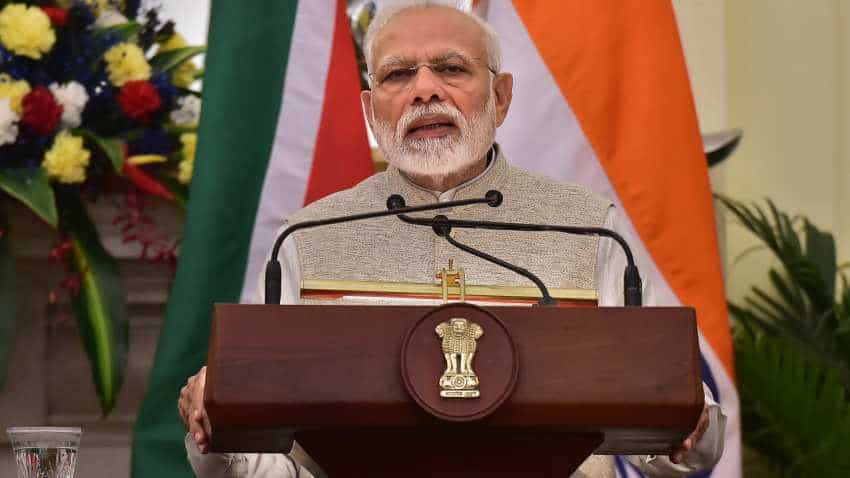 While a vote on account seeks approval for the expenditure side only, an interim budget can alter taxes as well. Since 2000, interim budgets have been passed thrice. Image source: PTI

The interim budget may be the last chance for the Modi government to "woo and win" a large section of society facing agri challenges but the actual package will reflect its commitment towards the farmers vis-a-vis fiscal consolidation, a report said. "The cost of the widely expected farm package would provide important signals about the government`s credibility for implementation for the same and/or its commitment to fiscal consolidation," JM Financial Institutional Securities said in its report on Friday.

After the failed budget promise of enhanced procurement through a revised minimum support price (MSP) formula in 2018-19, the government, as hinted by Union Minister Arun Jaitley, may go beyond a mere vote on account as tackling agricultural challenges "can`t afford to wait".

Citing media reports suggesting a plan anywhere between Rs 70,000 and Rs 2,30,000 crore, JM Financial said the government may find "announce, but don`t allocate" a lucrative option but it may finally allocate a part of the cost to convince the voters of its intent.

This could consist largely of subsumed existing agri-schemes such as crop insurance, interest subsidy for short term credit to farmers, market intervention scheme and price support scheme, green revolution, per drop per crop and a price stabilisation fund in FY20, it said.

"The allocation for which stood at Rs 47,600 crore in FY19. This means that the incremental burden on Centre`s finances would be lower in FY20. Further, with pick up in GST revenues and possible higher devolution by the 15th Finance Commission to states, the burden of the roll-out of the complete scheme could be passed to states from FY21," the report said.

While a vote on account seeks approval for the expenditure side only, an interim budget can alter taxes as well. Since 2000, interim budgets have been passed thrice.

JM Financial has not considered food subsidy as it is under the National Food Security Act, fertiliser subsidy which is paid directly to the companies and establishment expenditure under agri-related ministries, it said.