She broke a British-era tradition and came to the Parliament with the Budget 2019 documents wrapped in red cloth instead of a briefcase. Chief Economic Advisor Krishnamurthy Subramanian said this is break from the past, this is 'bahi khata' ((ledger). 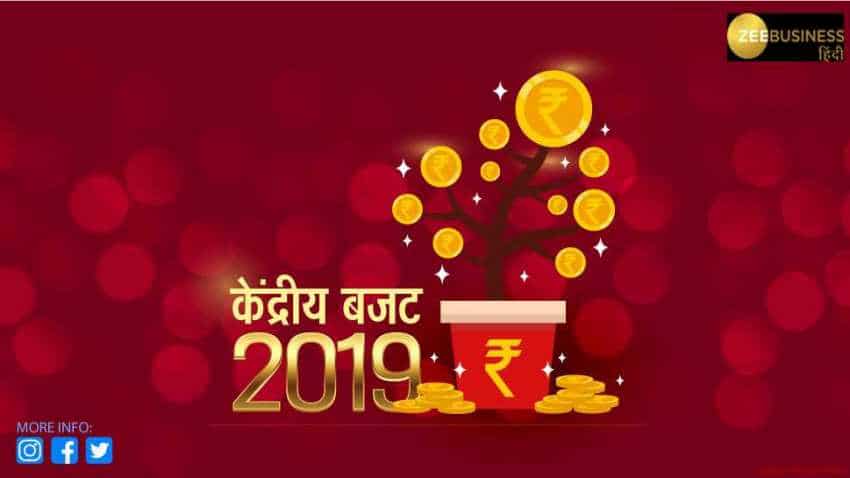 Finance minister Nirmala Sitharaman has presented her maiden Budget today. She broke a British-era tradition and came to the Parliament with the Budget 2019 documents wrapped in red cloth instead of a briefcase. Chief Economic Advisor Krishnamurthy Subramanian said this is break from the past, this is 'bahi khata' ((ledger).

Indian Railway:
Infrastructure has been one of Modi government's top priority ever since it came to power. It was expected that the government will work on the improvement of the network capacity through signalling projects, upgrading loop line infrastructure to enable running of longer trains.

Understanding the importance of the Indian railways, Finance Minister Nirmala Sitharaman revealed Modi government's plan to bet on the Public-Private Partnership model for faster development of the Indian Railways during her Budget 2019 speech.

She said, "Railway infra would need an investment of 50 lakh crores between 2018 and 2030; PPP to be used to unleash faster development and delivery of passenger freight services".

Startups:
Nirmala Sitharaman praised India Inc in her Budget 2019 speech by saying that the country's job creators are the nation's wealth creators.

She said "The Indian economy will grow to become a $3 trillion economy in the current year itself. It is now the sixth-largest in the world. Five years ago it was at the 11th position"

Where on the same Vinod Subramanian, CEO Logo Infosoft told Zee Business online that, "Very supportive to SMEs, further smoothening the processes for credit and operational efficiencies. The move to eInvoices is going to be the most impactful next step in GST. eInvoices will substantially reduce the tax compliance burden for SMEs. Increasing the corporate tax slab to 400 Crore, and angel tax removal are icings on the cake. The push for digital payments and waiver of all merchant fee is a superb move. It underlines the focus on transparency and reduces the cost of doing business".
However, Saagar Panchal, Founder & CEO, Hireavilla Hospitality Pvt said, " The Travel and Hospitality Industry has multiple startups and budding entrepreneurs. If we are able to re-define restrictions on inventory-based models with possible exemptions for startups then this will help boost the Indian startup culture and create more jobs. The budget also mentions that it will set-up a new TV programme on DD, exclusively for startups in the country, I think this will give a major boost to the Indian startup ecosystem and budding entrepreneurs. Apart from this, I am truly happy that our government has promised to help set-up around 80 “livelihood business incubators" and 20 tech business incubators in FY19-20, this according to me will help to create skilled entrepreneurs across different industry sectors."

PSU banks, Infrastructure
Finance Minister Nirmala Sitharaman addressed the acute liquidity crisis issue being raised by India Inc. While presenting the proposals in the budget 2019 Sitharaman informed Parliament about the Modi 2.0 government's proposal of Rs 70,000 crore to the PSU banks and allowing FII's and FPI's to invest in debt papers of NBFC's.

The first budget announcement by the re-elected Government has brought some cheer to the real estate industry. On which  Navin Makhija, Managing Director, The Wadhwa Group Said Zee Business online that, "Much on the expected lines, the government has announced to continue with its thrust for Affordable Housing. The Government aims to achieve its target of Housing for All by 2022 through Pradhan Mantri Awas Yojana (PMAY). This can be reiterated from the fact that it has sanctioned 80 lakh houses under PMAY Urban and an additional 1.95 crore houses proposed to be provided under PMAY Rural."

He added, " The government has been consistent with its efforts in addressing affordable housing, be it giving infrastructure status to this segment in the previous budget to an exemption of Rs 1.5 lakh in income tax on home loans under affordable housing in this budget. This is a big move as it will benefit a broader segment of home buyers and increase demand going forward."
Addressing NBFC crisis Makhija said, "Also the support of Rs. 1 lakh crore by Government to NBFCs will help solve liquidity crisis to some extent which will indirectly help the recovery of the real estate sector."

The Government has also focussed on a firm infrastructure push by announcing Rs 100 lakh crore investments. This will certainly boost the real estate sector and also help in employment generation.

Push to schemes:
While presenting the 'Bahikhata' proposals in the budget 2019, Sitharaman says the government has given a massive push to all forms of physical connectivity via:-
1. PMGSY
2.Industrial corridors
3. Dedicated freight corridors
4. Bharatmala
5. Sagarmala
6. Jal Marg Vikas
7. UDAN schemes

Gaon, Garib and Kisan:
In the Interim Budget FY20, the government announced PM Kisan scheme or PM KISAN with an objective of providing direct income support to farmers, pegged at Rs 6,000 per year to be paid in three instalments.  The Modi government extended the scheme to all farmers from marginal and small farmers earlier, which would cost an additional Rs 12,000 crore (over the Rs 75,000 crore budgeted initially) and also announced PM Kisan Pension Yojana, which would cost Rs 35 billion on an annual basis. The next step would be to ensure that the PM Kisan scheme reaches all the targeted beneficiaries. For this adequate fund would be provided in the budget. While presenting the budget, Sitharaman says, " Government keeps Gaon, Garib and Kisan at the centre of everything we do, of every programme.