Budget 2019: Home buyers and real estate developers biggest winners; know how your situation will change, as per experts

Experts from various companies have given a massive thumbs up to Prime Minister Narendra Modi's government vision in real estate. 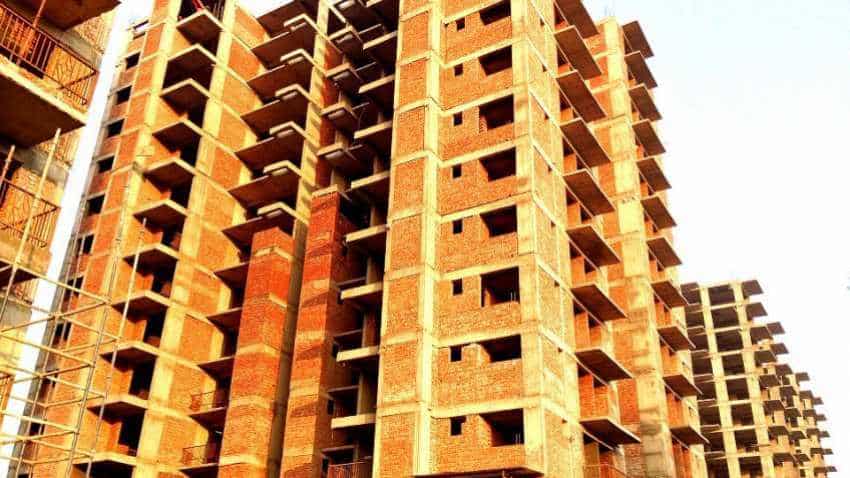 Most likely, one can expect affordable housing benefits for middle class citizens to be rolled out by builders. Photo: Pixabay

Budget 2019: Clearly homebuyers and real estate developers were the biggest winners in Budget 2019, and hence the industry's housing prices may see commendable shift. Most likely, one can expect affordable housing benefits for middle class citizens to be rolled out by builders. Interim Finance Minister Piyush Goyal, has announced reforms right from tax deducted at source (TDS) on house rent to exempting tax  limit for home buyers having two properties. Experts from various companies have given a massive thumbs up to Prime Minister Narendra Modi's government vision in real estate.

These reliefs as per Goyal has been made considering the difficulty of the middle class having to maintain families at two locations on account of their job, children’s education, care of parents etc.

The Budget balances the objective of boosting growth while adhering to fiscal prudence in the medium term. The measures to support the rural and underprivileged segments via direct income support for small and marginal farmers and tax relief for middle class are much needed and welcome. The steps to provide impetus to the housing sector would have a multiplier effect on GDP growth given the sector’s significant economic linkages. Overall, the Budget is likely to boost domestic demand and support India’s economic outlook.

The budget aims at increasing disposable income in the hands of middle class tax payers. The focus on taxation in the form of real estate sector SOPs such as removal of taxation on notional rent for people with second home, benefit of rollover of increased capital gains up to 2 crore under section 54 of the Income Tax Act from investment in one residential house to two residential houses for a tax payer will support and fuel middle-class income group’s dreams of buying home. I believe the budget is going to give a sturdy push to our economy in the direction of digitalisation, emphasis on MSME and agricultural growth.

Finance Minister Piyush Goyal’s thrust on the middle class, in his Interim Budget 2019-20, is welcome as it will place more disposable income in the hands of the salaried class, small traders and businessmen, which will in turn boost the affordable housing segment. With various sops announced for the middle class — such as the IT exemption on annual income, tax exemption on notional rent on a second self-occupied house and the benefit of rollover of capital gains from investment in one residential house to two residential houses — will help both existing and potential homebuyers. Besides, the extension of benefits under Section 80-IBA of the IT Act for housing projects approved till March 2020 will give a big impetus to the real estate sector. The Budget will also have a positive impact on first-time homebuyers.

The housing demand will witness good uptick with measures like no income tax on notional rent on 2nd self occupied home and also capital gains benefit allowed on second houses in select cases.

Individuals can now own 2 house properties and not pay tax on notional rent on the second house, as was the case earlier. This will benefit a large number of home owners who have 2 houses, and will give some boost to the real estate sector. However, if the second house is rented, such rental income continues to be taxable.
From earlier restriction of one house property allowed to be purchased against sale of one, an individual can now purchase 2 house properties, where capital gains is within Rs 2 crores. Allowed only once in a lifetime, this is a welcome move for those who want to split their capital gains investment into buying 2 house properties.

It is a directional budget with a clear intent of doing good to all the sections of the economy and the society, be it farmers, the industry and the common man. I am surprised to see how the Finance Minister has brought a slew of measures without ushering into an additional tax regime or caps. Indeed, he has presented ambitious programmes without widening the fiscal deficit. Its encouraging to note the Government's 10-point dynamic vision to build India of future. Initiatives to diffuse farmers' distress, labour reforms, boost to SMEs and MSMEs, push to  'Housing for All' by giving extension by another year under section 80 IBA, boost to the infrastructure sector and relaxations to individuals through tax reliefs will empower each element of the economy. Liquidity is an issue in the economy and in the real estate sector too. We expect the Government to address the concern to make all these reforms effective to ensure ease-of-doing the business and ease-of-living.

The budget is a positive one. Income tax exemption limit change, farm initiatives and other measures will ensure all segments of the economy including farmers, middle class, rural and urban get something. Changes done in capital gains tax limits, two year rollover benefits, removal of notional income on second home and increasing the benefits to two residential houses will hopefully give some impetus to the realty market. We were looking forward to some measures in the capital infusion and funding areas for real estate along with GST reforms also.

To boost housing the  rollover of capital tax gains to be increased from investment in one residential house to that in two residential houses, for a taxpayer having capital gains up to 2 crore rupees which will ensure investment in real estate. However, under construction home buyers who were expecting GST rationalisation has been kept open-ended for now. Hope the slab will come down to 5 or 6 percent soon