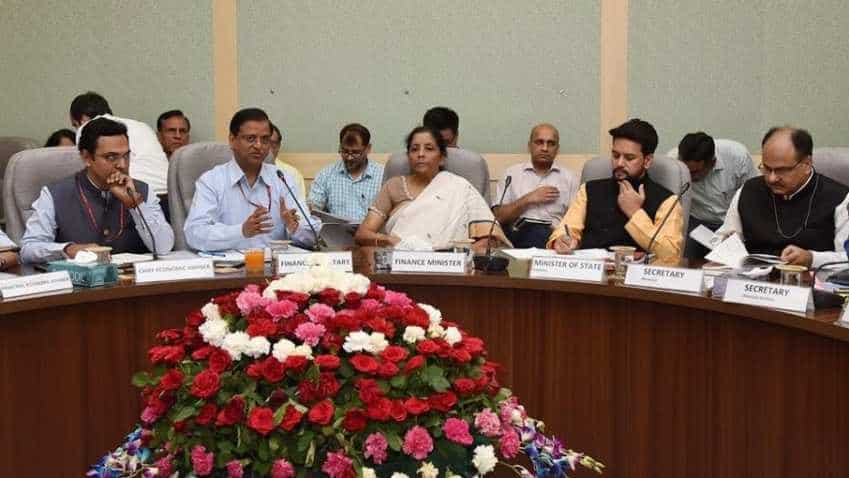 Nirmala Sitharaman will present her first budget on July 5.

Union Finance Minister Nirmala Sitharaman is set to present her first budget on July 5. There are huge expectations from the first budget of the second term of Narendra Modi government. Amar Ambani, President & Research Head, YES Securities, expected the government to persist with reasonable levels of deficit on the fiscal front, as indicated in their earlier budget.

"The FM’s reassurance on sticking with the path of fiscal prudence in the years ahead will be equally important. The next on the agenda would be the much-needed boost to economic growth. Towards this front, the most pertinent measure would be providing capital buffers like a MSMSE fund, to make liquidity widely available," Ambani told Zee Business Online.

Ambani further said that big investment stimulus through the budget though, can come only after tax collection rises materially. "However, we do expect the usual 14-18% growth in budgetary allocation to infrastructure spending. The rest of the commitments for infrastructure will come from Internal and Extra Budgetary Resources (IEBR)," he said.

Dhiraj Relli, MD & CEO, HDFC Securities, said the first Budget of Modi 2.0 will lay down broad guidelines on the thought process of the Government after winning a large majority. "In FY20 budget, we expect the government to fund its election promises and maintain policy continuity (focus on agriculture, rural development, infra spending). The underlying focus on Antyodaya – benefiting the weakest sections of the society could mean that the sops which most urban HNI and MNI seek or expect may not fructify. Overall, we see fewer negatives from this budget. Possibilities of an unexpected large positive is also limited," he said.

Relli further said that though there is a clamour for fiscal expansion given the current trying circumstances (like in FY02 and FY09), reflation need to be done in a measured way and reforms have to be taken forward. Given the rising populism across the globe, it would be prudent not to pander to short term needs in a way that the medium term structure of the economy is damaged.