Finance Minister Nirmala Sitharam is meeting representatives of various sectors and industry bodies to discuss various issues, and share their views as part of the pre-budget consultation meeting. 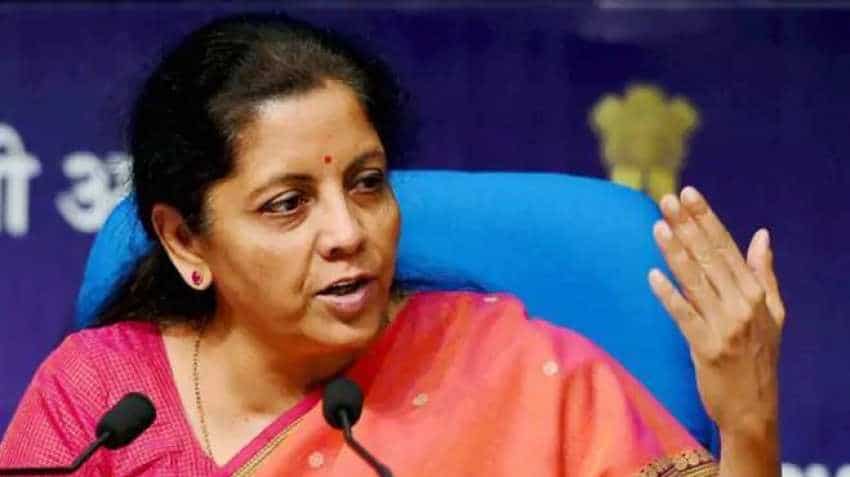 Union Budget will be tabled the upcoming session of Parliament on July 5. Image source: PTI

Finance Minister Nirmala Sitharam is meeting representatives of various sectors and industry bodies to discuss various issues, and share their views as part of the pre-budget consultation meeting. The exercise is a part of budget making process to collect the feed back from different quarters prior to finalising the draft of annual financial statement, Union Budget, which will be tabled the upcoming session of Parliament on July 5.

There are certain key things that form part of the Union Budget presented by the government annually in the lower house ie, Lok Sabha. Here are they:

On the Budget day, the finance minister presents several 12 documents, and of these, the main and most important document is termed as the Annual Financial Statement. As per Article 112 of the Indian Constitution, the government present before Parliament a statement of estimated receipts and expenditure in respect of every financial year - April 1 to March 31. This statement is known as annual financial statement. The document is divided into three parts, consolidated fund, contingency fund and public account.

The revenue deficit is known as excess of disbursements over receipts on revenue account and this an important indicator. All expenditure on revenue account should ideally be met from receipts on revenue account, and ideally revenue deficit should stands at zero. In case of revenue disbursement exceeding receipts, the government has to borrow which is considered to be an regressive exercise as it is for consumption and not for creating assets. This results into greater proportion of revenue receipts going towards interest payment thereby heading towards a debt trap scenario.

As the name suggests, any urgent or unforeseen expenditure is met from this fund. The Rs 500-crore fund is at the disposal of the President. Any expenditure incurred from this fund requires a subsequent approval from Parliament and the amount withdrawn is returned to the fund from the consolidated fund.

Under this head, taxes are largely levied on expenditure and include Customs, excise and service tax. Indirect taxes are considered regressive, as they burden rich as well as poor in similar way, the reason, governments strive to raise a higher proportion of taxes through direct taxes.

Disinvestment or divestment is the liquidation or sale of government's stake wholly or partially in public sector undertakings (PSUs). The government resorts to this process generally to bring in private management to improve the company's performance and to add to the government's revenue.