The healthcare industry is hoping that the Union Budget 2019 sets the road map for a soaring future. With the government's public healthcare policies and Digital India initiative, the healthcare sector is expecting Modi 2.0 government to allocate required resources for several initiatives announced in the Interim Budget in February this year. 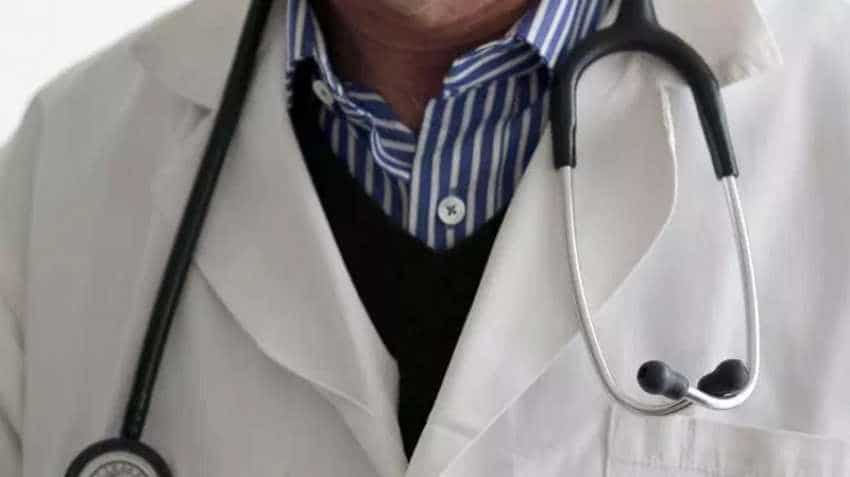 Budget 2019 will be a marker of the government's assessment and vision for the economy over the next five years. Union Budget 2019-2020's allocations will determine whether healthcare and health-tech startups will work in sync with the government. Reuters

Will Budget 2019 be a window showing Modi government's resolve to boost the economy in its second tenure after the BJP's massive win at the hustings? From startups to salaried class, people are expecting new Finance Minister Nirmala Sitharaman, who has taken over the role from former FM Arun Jaitley, to deliver a host of reforms. As far as the healthcare industry is concerned, it is hoping that the Union Budget 2019 sets the road map for a soaring future. With the government's public healthcare policies and Digital India initiative, the healthcare sector is expecting Modi 2.0 government to allocate required resources for several initiatives announced in the Interim Budget in February this year.

Satkam Divya, CEO, Klinicapp told Zee Business Online, "The budget of healthcare 2019 is expected to create public healthcare facilities in small towns and rural areas where it is difficult to treat people that can be easily cured if the problem is found in time. There should be the availability of easy loans for setting up of viable healthcare infrastructures in smaller cities and towns. Ayushman Bharat is an excellent step towards universal healthcare in India but needs to accommodate tertiary health care facilities. The expectation of people needs to meet along with the expectation of healthcare professionals.''

PM Narendra Modi launched Ayushman Bharat Yojana or Pradhan Mantri Jan Arogya Yojana (PMJAY) in September 2018 with benefits to poor people living below poverty line in the country but coverage under this Centrally sponsored scheme is slow, despite the fact that around 26 lakh people have so far availed treatment under the Ayushman Bharat scheme in several hospitals across the country.

"India is facing a triple burden of malnourishment that is underweight, overweight & micronutrient deficiency. In the past decade, it has become a prime concern for the healthcare facilities since the burden is observed mostly in the youth and that is somehow affecting the overall Economy of the country. The ground level orientation is very necessary that is the part where the selection of the healthcare professionals arrives and also the institutional shortcomings need to be looked upon," said Divya.

A week ago, addressing the joint sitting of Parliament, President Ram Nath Kovind said, "In order to protect them (poor families) from this crisis, world's biggest healthcare scheme 'Ayushman Bharat Pradhan Mantri Jan Arogya Yojna (AB-PMJAY) has been implemented, providing 'Health-Protection-Cover' to 50 crore poor people. The government needs a huge corpus of fund to meet this challenging task of providing heathcare coverage to around 50 crore people of India. The up-coming budget is expected to deliver the road map for the scheme to provide its functionality.

Nmami Agarwal, Founder and CEO, Nmami Life said, "The finance minister should take steps to provide a special income tax exemption limit for women in the workforce. It should focus on women-specific employment schemes to increase their participation in the country's workforce and boost the economy. There is a dearth of appointments in top-level Women managers in Public and Private companies. The Rs 400 crore proposal by Indian Govt. to reimburse women employers for seven of the 26 weeks of extended maternity leave will definitely going to increase the female participation in the workforce."

Divya also said that it is also observed that the medical facilities provided by the government cannot meet the demands of the top tier hospitals and also that 80% of the medical facilities are heavy on the pockets of the normal individual. About 50% of the expenditure that is heavy on the pocket goes from loans that eventually cause financial debt on the Indians. Therefore, it is necessary to create cheaper and easily affordable healthcare facilities.