Budget 2019: Good times coming for income tax payers? A glance at 4 years of Modi govt reform - What you pay and what to expect

There has been only one occasion, when Prime Minister Narendra Modi led government has reduced the income tax slabs for taxpayers and that was two years ago. However, many changes and benefits have been given to taxpayers over the last four years of Modi-rule. 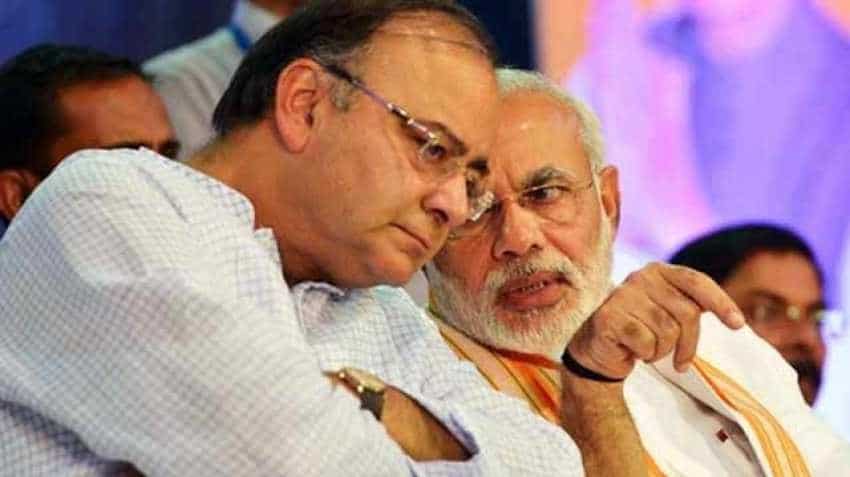 Budget 2019: Reforms in regards to housing loan rates in government schemes, hike in savings limit, various concessions to pensioners can be on table. Image source: Reuters

One of the most-wanted reforms in Budget 2019 has to do with income tax returns. If that happens, income tax slabs may change and everyone is eager to know what will be the new ones. There has been only one occasion, when Prime Minister Narendra Modi led government has reduced the income tax slabs for taxpayers and that was two years ago. However, many changes and benefits have been given to taxpayers over the last four years of Modi-rule. Now barely three weeks are left for Budget 2019 to be unveiled and many are hoping it to be  tax-friendly budget. Experts believe there are many other measures expected to be announced in this Budget that will especially bring relief for the middle class citizens. It would be PM Modi’s intention to impress taxpayers through this step and make a strong case in the upcoming elections against opposition parties.

Let’s understand what the reforms over last four eyes were all about in terms of income tax.

Last year, there were no changes made in income tax slabs. Thereby, income tax slab for salaried employees below age group of 60 years, continued to be 5% tax on pay scale between Rs 2.5 lakh to Rs 5 lakh along with 4% health and education cess. Meanwhile, they continued to pay 20% tax on salary between Rs 5 lakh to Rs 10 lakh with 4% cess and 30% tax on pay above Rs 10 lakh. Only the employees earning below Rs 2.5 lakh had relief as there are no taxes and cess.

While making no changes in income tax slabs, Finance Minister Arun Jaitley announced a host of reforms in regards to tax claims.

1. Reduction in corporate tax of 25 per cent on businesses on turnover of up to Rs 250 crore.
2. Extension in standard deduction of Rs 40,000 in lieu of transport allowance and medical reimbursement.
3. Tax exemption limit on income from interest for senior citizens was raised five times to Rs 50,000 per year.
4. Tax deduction for health insurance premium and medical expenditure raised to Rs 50,000 from Rs 30,000 under section 80D of the I-T Act.
5. Special attention to senior and very senior citizens, and introduced tax deduction for critical illness up to Rs 1 lakh, as against an earlier limit of Rs 60,000 for senior citizens and Rs 80,000 for very senior citizens.
6. Reintroducing a tax on long-term capital gains (LTCG) exceeding Rs 1 lakh from the sale of shares.
7. Raised health and education cess, levied on all taxable income, to 4% from earlier 3%.

It was in this budget when there was reduction in the income tax slab but not all saw relief. For instance, only income tax slab was reduced to 5% with salary earned between Rs 2.5 lakh to Rs 3 lakh. Earlier, there were no taxes paid on salary below Rs 3 lakh. Thereby, while reducing the tax slab, the department also changed the salary limit.

Other key changes that took place were - single page form for ITR filing, deduction of 5% TDS on rental payments above Rs 50,000, partial withdrawal in NPS to not attract taxes, penalty of up to Rs 10,000 for not filing ITR on time, tax rebate of Rs 12,000 to all taxpayers and 10% surcharge for incomes between Rs 50 lakh to Rs 1 crore.

Up till this Budget, the income tax slab for salaried employees stood over 10% on different incomes. However, there was 15% surcharge on income exceeding  Rs 1 crore. Also the education cess was kept at 3%.

Further, there was relief under section 87A  available to a resident individual if his of her income does not exceed Rs  5,00,000. The relief available shall be 100% of income-tax or Rs 5,000 whichever was less.

Additionally, there was also Rs 50,000 tax claim allowed to new home buyers on their loans up till Rs 35 lakh.

Under this budget, the tax slab remained like the 2014 ones for salaried individuals. However, there were host of reforms introduced for middle class taxpayers.

For instance, transport allowances were exempted to Rs 1,600 per month from previous Rs 800, deduction in health insurance premium hiked to Rs 25,000 from Rs 15,000 and for senior citizens it was increased to Rs 30,000.

Also, tax deduction limit in regards to contribution in pension funds were increased to Rs 1.5 lakh from earlier Rs 1 lakh. Also, Rs 50,000 deduction was allowed in new pension schemes under section 80CCD of IT-Act. Apart from this, there was service tax exemption on Varishtha Bima Yojana.

This was the beginning of Modi government’s budget, however, the income tax slabs were kept unchanged during this period.

As for very senior citizens which is above 80 years age, tax was free up to income Rs 5 lakh.

Few changes that took place during this time were - hike in basic exemption limit on income tax from Rs 2 lakh to Rs 2.5 lakh, further rise in cap of long-term investment under section 80C of IT to Rs 1.5 lakh from Rs 1 lakh. Interest paid on housing loan to be tax free up to Rs 2 lakh.

There is much buzz on what the new changes in income tax slabs will be. This year, the Modi government may go for some positive surprises in the budget to bring cheers for tax-payer segment through tax exemption limit, considering that health and education cess has gone up. Many are believing that, deduction limit under section 80C may see some changes, as it is being expected up to Rs 5 lakh.

Apart from that, reforms in regards to housing loan rates in government schemes, hike in savings limit, various concessions to pensioners can be on table.