Budget 2019: Ache-din to dawn for farmers? Income to soar! Yes or No? Power points to know

Budget 2019: A number of good news are expected from FM Piyush Goyal's announcements during the presentation of the Budget today. NDA government has already catered to farmers welfare way before Budget 2019 in the form of Minimum Support Price (MSP) or loan waivers or insurances schemes, but there is a long way to go yet. Expectations are, therefore, high! 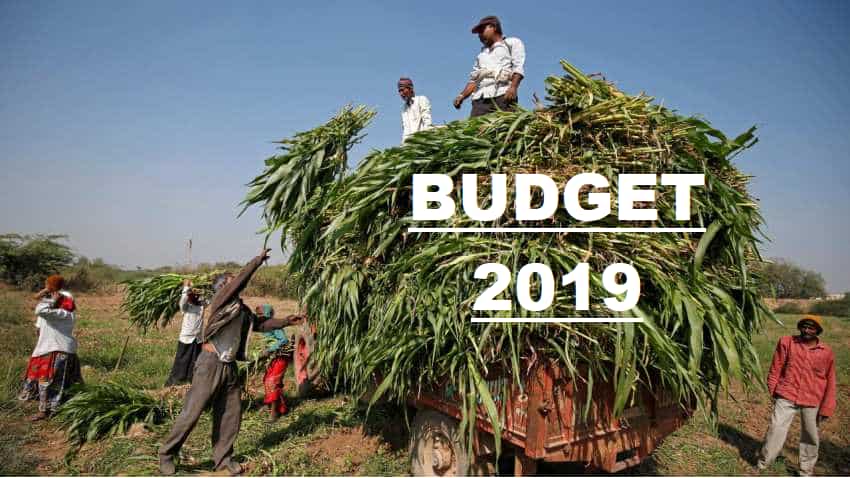 The interim budget will be presented as the government cannot present a full budget in such a short session. Photo: Reuters

Budget 2019: Rural sector, especially farmers, have always been a top priority for Prime Minister Narendra government. Some good news has already emanated from the NDA government led by PM Narendra Modi in the form of farmers welfare way before Budget 2019 in the form of Minimum Support Price (MSP) or loan waivers or insurances schemes, etc. However, the sector is still in need of big relief, and one of the major causes of concern is a farmers income which has been under pressure since past five years. Every expert believes, farmers and rural sector will be in top list of PM Modi’s reforms that will be presented by interim Finance Minister Piyush Goyal today in Parliament. The presentation comes just months before 2019 Lok Sabha elections. The interim budget will be presented as the government cannot present a full budget in such a short session.

Significantly, in what should bring great joy to the farming community, Teresa John, Research analyst at Nirmal Bang, some relief is inevitable in regards to farmers income especially ahead of elections.

Suvodeep Rakshit, Upasna Bhardwaj and Avijit Puri analysts at Kotak Institutional Equities highlighted a list of issues that farmers face currently. They are:

(1) disguised employment in the agriculture sector,

(3) improvement in the farm-to-table value chain and

(4) higher producer surplus for the farmers.

The trio at Kotak adds, “Farm/rural sector will be the priority for the government in the interim budget. While we have not internalized the cost of stimulus in our estimates, depending on the scheme and coverage, we estimate the fiscal cost to be around 0.4-0.8% of GDP (details in next section).”

They further added, “ We note that the government need not provide the entire amount on the schemes in the first year itself. The operational rollout will take time and as such the bulk of the cost may have to be borne from FY2021 or later.”

On the other hand, John explains that,  rough estimates based on data from the Ministry of Agriculture peg arable land under principal crops at around 202mn acres. Assuming a direct benefit transfer of Rs8,000 per acre (Rs4,000 over two crop seasons), the total cost works out to Rs1,600bn. However, fertiliser subsidy and minimum support price or MSP-related food subsidies already stand at above Rs 1,000bn.

Consequently, Nirmal Bang pegs the fiscal deficit for FY20 at 3.5% of GDP. John adds, “We also expect other rural development and employment guarantee schemes to receive due attention in the budget, although we are not of the view that a Universal Basic Income scheme will be introduced.”

Analysts at Kotak on UBI say, “The concept of an UBI in the context of India was outlined in the Economic Survey 2016-17. However, it is obvious that an UBI for the entire population (and even for the BPL population) will entail a prohibitively high fiscal outgo. In fact, without commensurate reduction in various transfers (subsidies and social programs), it might not be feasible to implement an UBI for the entire population. However, the government could target the poorest of the poor (possibly 40% of the BPL population) based on the SECC 2011.”

Currently, the government provides an interest rate subvention of 5% (2% normal subvention and 3% for loans, which are paid on time) for short-term farm loans up to Rs 3 lakh.

Apart from this, some developments can be expected in regards to Pradhan Mantri Fasal Bima Yojana during this Budget 2019, as per Kotak.

In PMFBY, the central and the state governments share most of the burden of the premiums. Data for the FY2017 kharif and rabi seasons (sowing of rabi in FY2017) indicate that farmers paid total premium of Rs 43 bn against central and state governments paying Rs 215 bn. In case the central government subsumes the farmers’ premium, it will be an incremental cost of around Rs 50-60 bn (or 0.02% of GDP) at the current coverage levels.

Thereby, it will be a most forward looking measure in Budget 2019, on whether reforms provided by PM Modi will help boost farmers income.