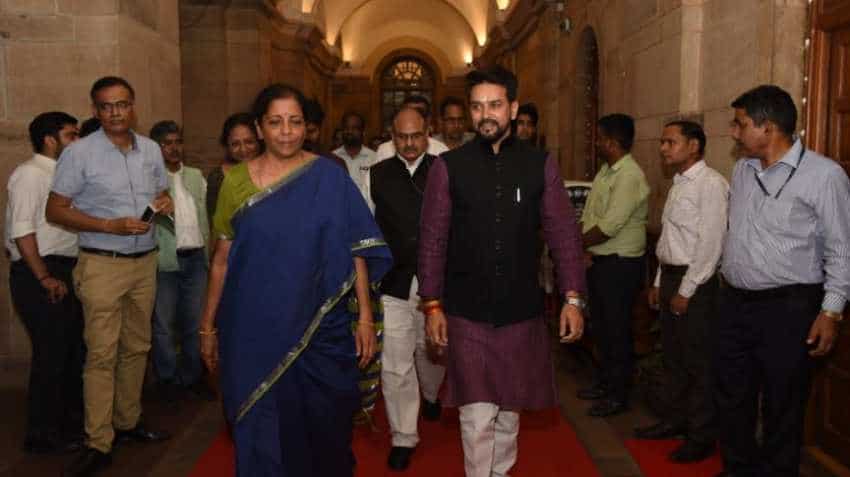 Union Budget 2019: As newly appointed Finance Minister Nirmala Sitharaman prepares for her maiden Budget presentation on July 5, she may emulate some from first of its kind 'Wellbeing Budget' launched by New Zealand Prime Minister Jacinda Ardern recently. Even while expecting a slower economic growth over the next year, the New Zealand Government raised its expenditure plan, launching a $2.5-billion spending package that prioritised mental health and alleviating child poverty. The much publicised 'Wellbeing Budget' was described by Ardern as the document showing "you can be both economically responsible and kind".

The “Wellbeing Budget" was designed to address the growing disparity between the haves and have-nots in New  Zealand. With India facing a bigger crisis of growing disparity between the rich and the poor, the government here could take a few lessons from the New Zealand budget, believes SBI Research. Ardern's entire budget was based on wellbeing priorities with instruction to its ministries to design policies to improve wellbeing.

The New Zealand government allocated a significant amount to mental health services, child poverty and measures to tackle family violence. The biggest funding was reserved for mental health. Child wellbeing received over $1bn, while measures to combat family violence also received a record investment of $320m, in a bid to tackle the country’s entrenched family and sexual violence statistics, which see the police respond to a domestic violence incident every four minutes.

In its recent 'Ecowrap' report, the SBI Research suggests that the Indian Government should also "increase its focus on social welfare and try to pull up economic growth" on the lines of New Zealand.

"The Government should not stress on being on fiscal consolidation path trying to achieve the fixed fiscal deficit target as defined by the FRBM committee, instead say keep the deficit numbers constant for the next two years before reducing it further and revive growth. The Government should strive to make credible, transparent fiscal rules that are achievable," said SBI research.

"We believe that the Government should target structural deficit as an alternative to targeting fiscal deficit. Such structural deficit acts as an automatic counter-cyclical stabilizer, unlike the current target that has been set from the outset as a fixed percentage of GDP and is a statistical artefact!" it added.