Budget 2019 predictions: It’s time for Budget 2019! With barely a week left, there are major level emotions in regards to the upcoming Budget which will be most likely an interim one and presented by Finance Minister Arun Jaitley. 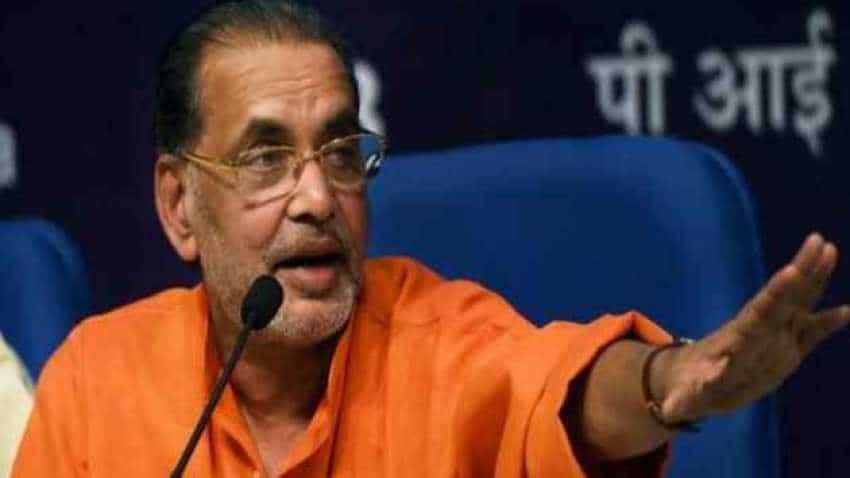 In Singh’s view, both government and industry have been working together to help farmers confront the challenges facing them. Image source: PTI

Budget 2019 predictions: It’s time for Budget 2019! With barely a week left, there are major level emotions in regards to the upcoming Budget which will be most likely an interim one and presented by Finance Minister Arun Jaitley. Many speculations have hit headline, like what will be next big reforms announced by Prime Minister Narendra Modi’s government. Interestingly, on Wednesday, while addressing a day-long conference the Union Minister for Agriculture and Farmers, Radha Mohan Singh said, “Union Budget 2019 will be dedicated to the farmer. It will be another step forward, in contributing to the realization of the goal of doubling farmers’ income by the year 2022.”

Singh said, “The government is implementing several programmes to develop the agricultural sector and improve the economic condition of farmers.”

He said that issues such as reducing the cost of production, ensuring remunerative price for farmers’ produce, stopping wastage of farmers’ produce and ensuring alternative sources of income are being addressed in mission mode.

Further, the minister highlighted that the budgetary outlay of the Ministry of Agriculture has been increased to Rs. 2,11,694 crore during 2014-19. "Pradhan Mantri Fasal Bima Yojana", a landmark scheme to reduce the risks associated with agriculture, is being implemented across the country.
Going forward, Singh stated that, by the year 2020, 415 more mandis will be linked. So far in last 54 months, 585 mandis have been linked with e-NAM.

“Many soil testing labs have been made operational; efforts are being made to make them portable as well,” said Singh.

In Singh’s view, both government and industry have been working together to help farmers confront the challenges facing them. He added, “we need to expedite the support we provide them.”

Recalling Budget 2018, Singh mentioned that, the Union Cabinet has approved a new Umbrella Scheme “Pradhan Mantri Annadata Aay SanraksHan Abhiyan’ (PM-AASHA) to ensure remunerative price for farmers’ produce. It is commendable that the government has increased the Minimum Support Price to 1.5 times that of the production cost.
Concluding Singh said, “it is a matter of pride that due to the implementation of the government’s programmes, India is a large fast-growing economy and that the Government will continue to work for farmer welfare, and for doubling the income of farmers.”