In the Budget 2017, the base year for the calculation of capital gains with indexation benefits has changed to 2001 from 1981. 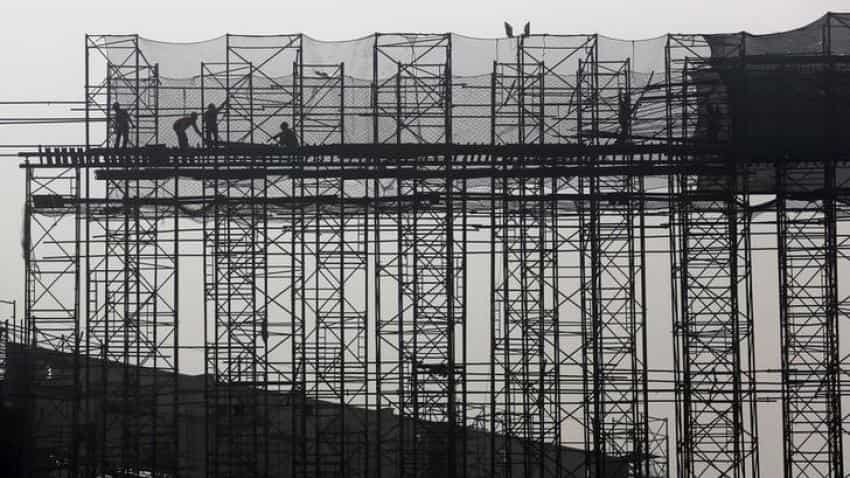 The real estate sale was most hurt due to demonetisation exercise. Photo: Reuters
Written By: ZeeBiz WebTeam
RELATED NEWS

The reforms announced for Real Estate sector during the Budget 2017 are credit positive for Lodha Developers and Indiabulls Real Estate Limited under the affordable housing segment. But, the profiles will remain exposed for short-term due to the weak operating conditions, the report said.

On February 1, Finance Minister Arun Jaitley had presented Annual Budget. In the Budget speech, Jaitley had given infrastructure status to affordable housing. According to a Moody's report, this action will allow  developers to borrow at lower interest rates and provide tax exemptions to the construction industry that has witnessed a reduction in launches and sales these last few years.

As per the report, Lodha has s about 40%-50% of their projects, by sales value, in the affordable category as defined by the new budget and Indiabulls too has some developments that can be categorized in the affordable housing segment of the market. This means these will be eligible for lower cost funding and tax benefits.

The real estate sale was most hurt due to demonetisation exercise. But, these two companies will get benefit from a one-year exemption on notional rental income from unsold inventory, the report added.

Moreover, in the Budget 2017, the government has lowered the tenure for long-term capital gains tax from three years to two years, announced concessions in the income tax exemption scheme on affordable housing,  among others to the real estate sector.

In the Budget 2017, the base year for the calculation of capital gains with indexation benefits has changed to 2001 from 1981. As per the report, this step may result in turn increase investor activity in the residential market.

"The benefits from this measure may be offset to some extent by the negative impact from applying a cap on the amount of losses that can be off-set against annual income," Ranasinghe said.

The report said that this move will adversely impact demand for property as the tax benefit on buying a property for investment purposes will come down.