Automobile industry experts have said the Supreme Court's recent decision to ban BS III vehicles has resulted in commercial vehicle and two-wheeler makers to offer heavy discounts on their vehicles. 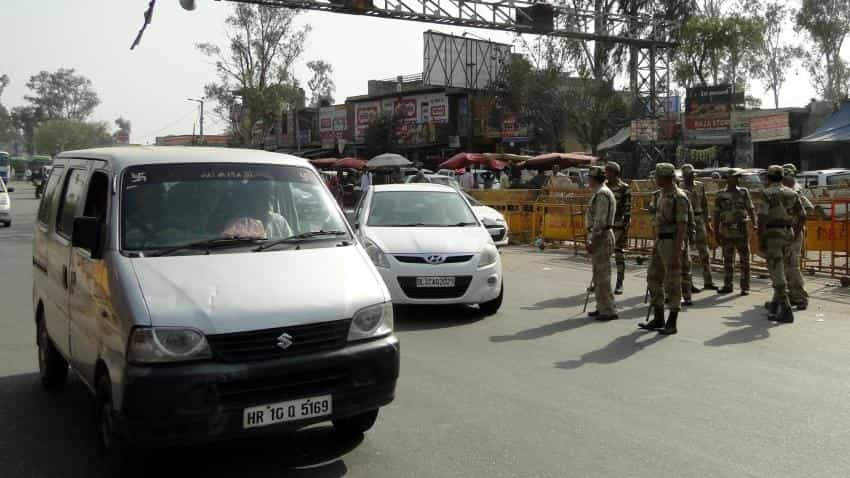 While the automobile industry is trying to come to terms with the shocking Supreme Court (SC) verdict on Bharat Stage (BS) III vehicles on Wednesday, many are trying to get rid of their unsold stocks by offering massive discounts. For instance, many two-wheeler companies are offering discounts up to Rs 24,000.

Over 8 lakh BS III vehicles remain unsold according to figures provided by the Society of Indian Automobile Manufacturers (SIAM) to the SC. Among this the highest figures are of two-wheelers, which account to 6.71 lakh unsold BS III vehicles. However, it not two-wheelers which will feel the biggest pinch from the unsold stock after March 31.

Commercial vehicle (CV) manufacturers will be the worst to be impacted due to this verdict. There are 96,700 unsold BS III commercial vehicles that remain unsold, as per SIAM data. If you take into account three-wheelers then it is another 40,000 vehicles, taking the count to nearly 1.4 lakh unsold vehicles. This is a huge inventory of unsold CV vehicles.

Two-wheeler manufacturers can get buyers by giving big discounts over the two days and reduce their unsold BS III inventory as they are of a much smaller ticket size. The prices two-wheelers would go as low as Rs 35,000-40,000, which is much smaller for people to purchase. But for commercial vehicles (CV) the price is far to high for it to get transporters and fleet owners to buy in the short span of time.

Subrata Ray, Group Vice President, ICRA said, “In order to liquidate existing stock, CV OEMs will also be pushed to offer higher discounts, which continue to be at elevated levels for the past few years. The extent of loss for OEMs will be a function of inventory-mix. For instance, relatively older or slow moving models may be difficult to liquidate.”

Besides this, the remaining BS III inventory after April 1 will be exported by two-wheeler manufacturers to other markets which do not have Euro IV or equivalent emission norms. This includes neighbouring markets such as Bangladesh, Nepal and even some African markets and even some South American markets. This can be done much easily for them, as many of the two-wheeler companies have robust export sales and have established themselves in many of these markets.

However, CV sales are dependent primarily on the domestic market and exports are not large in size. This is primarily due to the logistical issues faced with transportation of such huge vehicles. For instance, FY16 saw the highest exports of CVs in three years which stood at just over a one lakh exports. In comparison, two-wheeler exports from India was over 24.60 lakh units in 2015.

“In ICRA’s view, OEMs would also explore options to export vehicles to near-by markets, where emission norms have not progressed to Euro IV or equivalent,” said Ray.

The only option for CV manufacturers is to recall the unsold BS III inventory from dealerships and upgrade it to BS IV norms. The cost for which is expected to be huge.

Ray further said, “Apart from these factors, ICRA believes that the low availability of BS-IV compliant vehicles could also hurt CV sales in the upcoming month as OEMs were expecting strong pre-buying of BS-III vehicles in Q4 FY2017.”