He was participating in BRICS Virtual Economic Conclave organised by Research and Information System for Developing Countries. 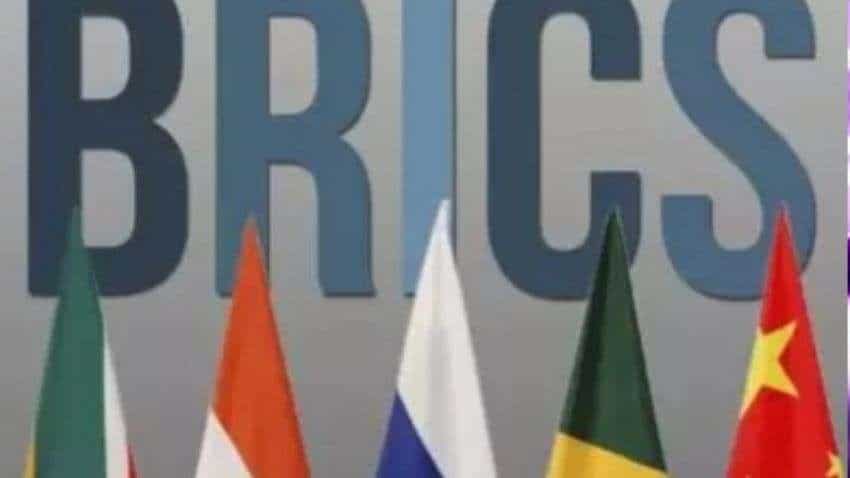 He was participating in BRICS Virtual Economic Conclave organised by Research and Information System for Developing Countries. IANS Photo

He also underlined the need for strengthening international cooperation and establishing a cross border regulatory mechanism for further improving the investment environment and enhancing capital flows.

"The need of the hour is to work towards strengthening intra-BRICS cooperation in supporting the recovery of BRICS economies and maintaining macro economic and financial stability while protecting against future uncertainties and risks," he said.

He was participating in BRICS Virtual Economic Conclave organised by Research and Information System for Developing Countries.

Subramanian said the New Development Bank and the Contingent Reserve Arrangement have marked significant progress in expanding the tangible financial cooperation among among BRICS nations.

The BRICS bond fund, which has been a long standing issue is now close to completion and would help local bond markets in the member countries.

"We've also seen that most BRICS countries want to take measures to improve market making and participation of institutional investors such as insurance companies, pension funds, and other long long run investors like that," he said.

The Chief Economic Advisor said the COVID 19 pandemic has clearly demonstrated the importance of affordable and resilient social infrastructure alongside economic infrastructure.

Therefore, there exists positive role of digital technologies such as telemedicine, eHealth initiatives, and online education in ensuring inclusive access and affordability of social services, he said.

India, he added has taken some very important steps which would provide important learnings for not only for BRICS nations, but also for the rest of the world.

Subramanian highlighted that India is running one of the largest renewable capacity expansion programmes in the world and is determined to achieve the target of 500 gigawatts of renewable energy by 2030. He also talked about the ambitious hydrogen mission.

Step by Step guide on how to pick MF: Here is India's best performing funds for January 2022