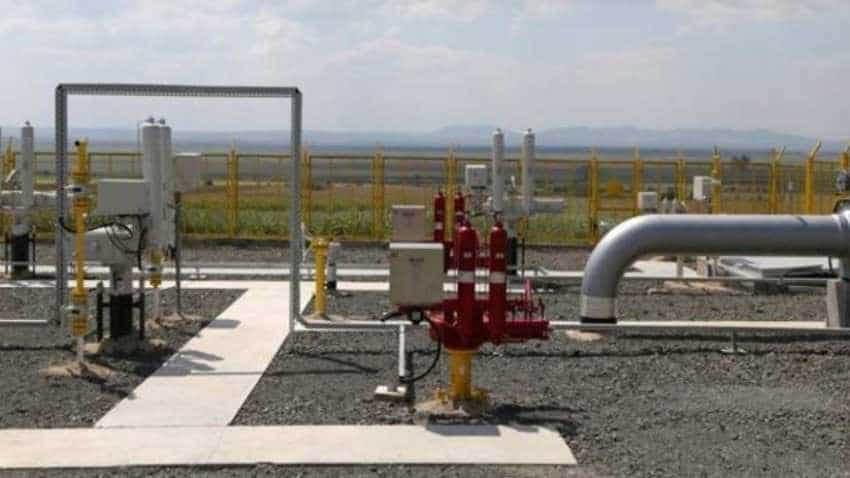 BPCL and HPCL will take 25 per cent stake each in the Rs 9,000-cr project that involves laying of a pipeline from Kandla in Gujarat to Gorakhpur in Uttar Pradesh. Reuters

Bharat Petroleum Corp Ltd (BPCL) and Hindustan Petroleum Corp Ltd (HPCL) have joined in the country's longest LPG pipeline project being laid by state-owned Indian Oil Corp (IOC) to cater to cooking fuel needs of a fourth of the country's population. BPCL and HPCL will take 25 per cent stake each in the Rs 9,000-cr project that involves laying of a pipeline from Kandla in Gujarat to Gorakhpur in Uttar Pradesh, the companies said in separate but almost identical regulatory filings. IOC, which had in 2016 proposed laying of the pipeline, will hold the remaining 50 per cent stake.

"IOC, BPCL, and HPCL have signed an agreement on June 3, 2019, for the formation of a joint venture company for implementation and subsequent operation of 2757-km long LPG pipeline from Kandla, Gujarat to Gorakhpur, UP," the filings said. LPG will be imported at Kandla and some sourced from oil refineries on the west coast will be moved up north via Ahmedabad (in Gujarat), Ujjain, Bhopal (in Madhya Pradesh), Kanpur, Allahabad, Varanasi, and Lucknow (in Uttar Pradesh). The pipeline will carry 6 million tonnes per annum of LPG.

This will be the longest LPG pipeline in the country. State-owned gas utility GAIL currently operates a 1,415-km line from Jamnagar in Gujarat to Loni near here. The line carries 2.5 million tonnes of LPG annually. GAIL also has a 623-km Vizag-Secunderabad pipeline. IOC also has a 274-km pipeline from Panipat in Haryana to Jalandhar. In pre-election project inauguration spree, Prime Minister Narendra Modi had on February 24, laid the foundation stone of the pipeline project which will be built over the next four years.

"The pipeline is expected to provide reliability in the supply chain of LPG. Besides economic benefit as compared to road transportation, movement of LPG by pipelines shall enhance safety as well," it said. IOC has committed to using 3 million tonnes of capacity while HPCL and BPCL have committed 1.8 million tonnes and 1.7 million tonnes respectively. Reliance Industries wants to use the pipeline to transport 242,000 tonnes of LPG. These companies will source some LPG from their respective refineries.

IOC in its application to oil regulator Petroleum and Natural Gas Regulatory Board (PNGRB) for laying the pipeline had in 2016 stated that: "The demand for LPG is increasing consistently in recent years. Further, due to the Government of India's emphasis to make LPG - a clean and environmentally friendly fuel, available to every domestic household in the country, LPG demand is expected to increase at a much steeper rate in the coming year." It expected the deficit between what its refineries produce and the demand to reach about 10 million tonnes per annum by 2031-32. LPG demand has grown 10.5 per cent this fiscal with just about half of the 8.4 million tonnes consumed being locally produced.

"Considering the deficit figures for LPG, it is essential to import LPG at the nearest port and then transport it to the bottling plants through the most economical modes," IOC had said. IOC is building additional import capacities at Paradip, Cochin, and Kandla to meet the increasing requirements of imports. "West coast remains most suitable to import LPG to meet the demand of North and Central India. Though there is a common carrier pipeline to link West Coast to North ie Jamnagar-Loni pipeline, there is no LPG pipeline in existence or in construction to link West Coast to Central India or Eastern India," it had said.

Did Centre order petrol, diesel prices not to be hiked? Here is what oil cos said