Box office Collection Prediction: Taapsee Pannu starrer Game Over is all set to clash with Chris Hemsworth's Men In Black International at the box office this week. 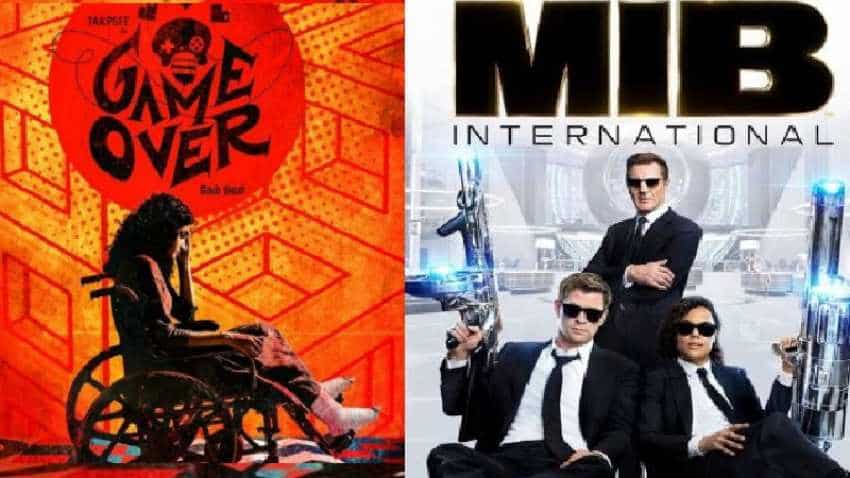 Box office Collection Prediction: Taapsee Pannu starrer Game Over is all set to clash with Chris Hemsworth's Men In Black International at the box office this week.
Written By: ZeeBiz WebTeam
RELATED NEWS

Box office Collection Prediction: Taapsee Pannu starrer Game Over is all set to clash with Chris Hemsworth's Men In Black International at the box office this week. Both movies will release on Friday, June 14 and spectators will have multiple options to get entertained. Game Over trailer promises  a unique and new plot, while MIB International is the latest film in the already popular franchise.

Game Over is directed by Ashwin Saravanan and has Tapsee Pannu, Vinodhini Vaidyanathan and Anish Kuruvilla as part of the cast. While the fourth installment of the 90s alien action-comedy series MIB International is the first without Will Smith and Tommy Lee Jones. The duo has been replaced by Chris Hemsworth and Tessa Thompson, respectively playing the top agent and newest rookie this time.

Film Critic and Trade analyst, Sumit Kadel told Zee Business Online, ''The movies have no competition at the box office and the week will going to be lighter for both of them. Game Over is being released on 800 to 1000 screens across India and can earn around Rs 50 lakh on its opening day. While MIB International is releasing on 1000 to 1500 screens and is expected to collect around Rs 2 to 3 crores on release day.''

The trailers of both the movies have not created a huge buzz among movie audience, and the collections can also get affected due to Salman Khan starrer Bharat which released last week on Eid.

''The movies will post a lighter business this week due to not so curiosity among audience and the blockbuster World Cup 2019 cricket match between India and Pakistan will affect the weekend business too,'' Kadel added.