The government's focus is on boosting public transport as the number of people hailing taxi aggregators may swell to 1 crore daily in the next two-three years from 35 lakh daily at present, Union minister Nitin Gadkari said Thursday. 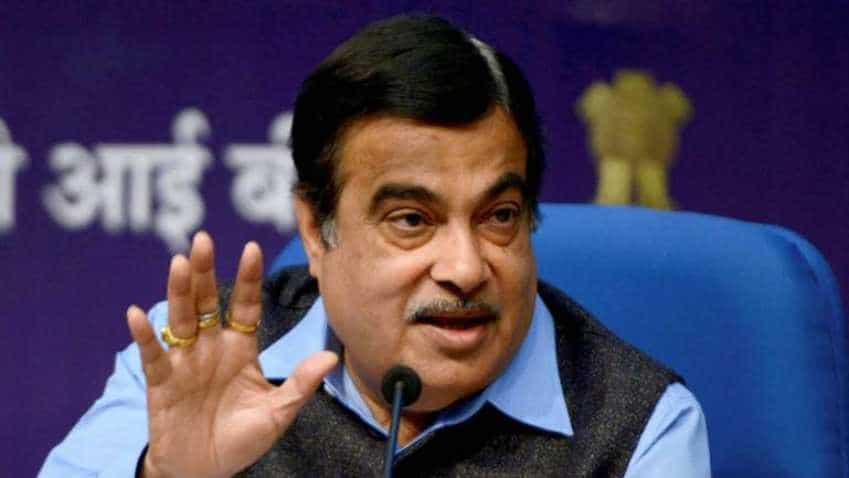 The government's focus is on boosting public transport as the number of people hailing taxi aggregators may swell to 1 crore daily in the next two-three years from 35 lakh daily at present, Union minister Nitin Gadkari said Thursday.

The government wants to discourage people from buying private cars due to rising pollution levels, the minister said.

Gadkari said the government's focus was also on promoting alternative fuels like ethanol and methanole besides giving a push to electric vehicles. Four pilot projects were on anvil in Pune, Mumbai, Navi Mumbai and Guwahati for methanol buses, he stressed.

"Public transport system should be popular...Almost 35 lakh people take aggregators on a daily basis and the numbers could swell to 1 crore in next two to three years," Gadkari said at the launch of 'Ease of Moving Index India Report' by Ola Mobility Institute.

He said aggregators should come out with bike services for single travellers also that could provide employment to people and besides could look into investing in aeroboats in view of the upcoming Kumbh Mela at Allahabad.

Replying to a query regarding flexi fares by aggregators, the Union Road Transport Minister said that aggregators would be forced to be competitive and reduce prices when there would be more companies in the field.

He said given the high pollution and spurt in vehicles, the government wanted to discourage people from using private cars and suggested launch of double decker buses for long distance travels like Delhi Jaipur, Delhi-Agra, Delhi-Chandigarh etc.

Besides, he urged people to prefer cycling and use some newly built cycle tracks like that on Delhi-Meerut highway. The government intended to rope in some celebrities to popularise cycling, he added.

He also said that using existing infrastructure, some innovative steps could be taken on the pattern of proposed Nagpur metro on existing broadway network of the railways where the cost will be barely 3 crore per km against metro's cost of Rs 350 crore per km.

Though the minister did not provide the timeline for the project, he said the this would be cheaper and faster than existing railway as well as buses.

Giving the details of the pilot projects of buses running on methanol, the minister said, "Four pilot projects involving 10 buses each have been planned at Mumbai, Pune, Navi Mumbai and Guwahati. These will run on methanol with the help of Assam Petrochemicals, RCF, Gujarat Fertiliser and Deepak Fertiliser."

Once such buses are popular, pollution could be curbed, he said adding that for Delhi his ministry has proposed to the Delhi government for a logistic park outside Delhi and added that once the entire ring road road is completed it would help arresting at least 50 per cent of the automobile pollution.

In reply to a query, the minister said that five contracts have been awarded for Delhi Mumbai express highway project on a green alignment which has resulted in savings to the tune of Rs 16,000 crore on land acquisition and his ministry was in talks with the Railways Ministry for use of extra land.

The minister also released the Ease of Moving Index 2018 report which suggested that around 80 per cent of citizens believe that the transport ecosystem has improved over the last five years.

It said that 60 per cent of respondents reported using public modes of commute and a majority of Indians are willing to adopt electric mobility and are in agreement that electrification will reshape the transportation segment.

The report surveyed over 43,000 respondents from 20 cities across the country.

Cab aggregator Ola in a statement said 75 per cent of respondents believed that electric vehicles could replace conventional vehicles by 2030.

"Additionally, results indicate that urban mobility is going digital with 55 per cent of commuters who use public transport owning smart cards, and over 40 per cent transact digitally while using public transport including Intermediary Public Transport (IPT)," the statement said.

Bhavish Aggarwal, Co-founder & CEO, Ola said, "The revolution in mobility is just beginning, and we believe the emergence of a mobility economy can be a catalyst for economic and social development for the nation. The 'Ease of Moving Index' helps us begin to assess the importance of Mobility for cities and citizens.