The impressive growth numbers can be attributed to the strong performance by core sectors, more purchases by households and capacity improvement by companies. 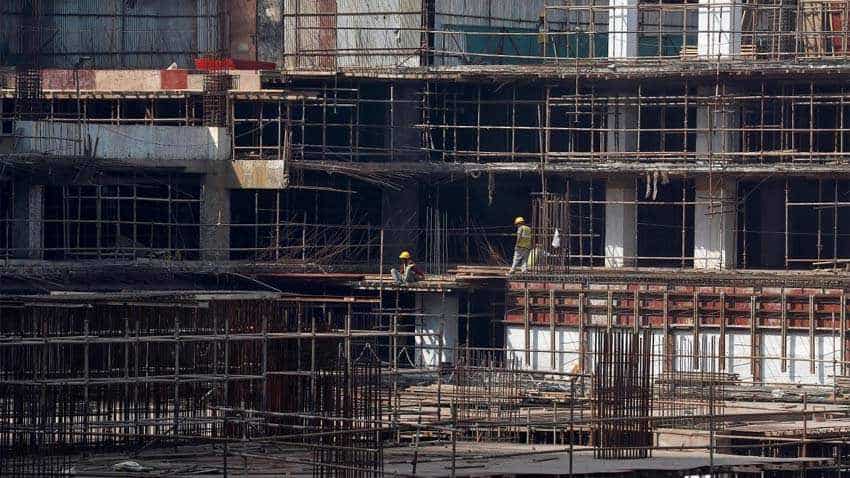 Eight core sectors have grown by 6.6 per cent in July this year against 2.9 per cent last year. Reuters

The Indian economy registered an impressive growth of 8.2 per cent during April-June period of the current financial year 2018-19. The number, highest in last 15-quarter, showed that the economy is doing well leaving behind the effects of demonetisation and the Goods and Services Tax.

The impressive growth numbers can be attributed to the strong performance by core sectors, consumer spending and capacity improvement by companies.

Earlier today, India has pitched for ratings upgrade with the US-based agency S&P. According to PTI, the agency discussed macro economic situation with the Finance Ministry against the backdrop of depreciating rupee and widening current account deficit (CAD).

Read full statement by the government:

ESTIMATES OF GVA BY ECONOMIC ACTIVITY

4. The economic activities which registered growth of over 7 percent in Q1 of 2018-19 over Q1 of 2017-18 are ‘manufacturing,‘electricity, gas, water supply & other utility services’‘construction’ and‘public administration, defence and other services’. The growth in the ‘agriculture, forestry and fishing’, ‘mining and quarrying’, ‘Trade, hotels, transport, communication and services related to broadcasting’  and financial, real estate and professional services is estimated to be 5.3 percent, 0.1 percent, 6.7 percent, and 6.5 percent respectively during this period.

The first quarter estimates are based on agricultural production during Rabi season of 2017-18 obtained from the Ministry of Agriculture, Department of Agriculture & Cooperation (DAC), abridged financial results of listed companies from BSE/NSE, Index of Industrial Production (IIP), monthly accounts of Union Government Expenditure maintained by Controller General of Accounts (CGA) and of State Government expenditure maintained by Comptroller and Auditor General of India (CAG) for the period April-June 2018-19. With the introduction of Goods and Services Tax (GST) from 1st July 2017 and consequent changes in the tax structure, the total tax revenue used for GDP compilation includes non-GST revenue and GST revenue.

Performance of key sectors like transport including railways, road, air and water transport, etc., communication, banking and insurance during the period April-June 2018-19 have been taken into account while compiling the estimates. Performance of the corporate sector during April-June 2018-19 based on data received from BSE/NSE hasbeen taken into account.  Estimated growth in the indicator compiled on the basis of employee expenses, Profit before tax and depreciation of listed companies deflated by appropriate price indices has been used to extrapolate the corporate sector estimates of the same quarter of the previous year.

5.1 Quarterly GVA at basic prices for Q1 2018-19 from ‘agriculture, forestry and fishing’ sector grew by 5.3 percent as compared to growth of 3.0percent in Q1 2017-18. According  to  the  information  furnished  by  the  Department  of  Agriculture  and Cooperation  (DAC),  which  has been  used  in  compiling  the  estimate  of  GVA from agriculture in Q1 of 2018-19, the production of rice, wheat, coarse cereals and pulses registered growth rates of 15.0 percent, 1.2 percent,15.6 percent and 17.3 percent respectively during  the  Rabi  season of  agriculture year 2017-18 (which ended in June 2018). Among the commercial crops, the production ofoilseeds registered a growth of 5.6 percent during the Rabi season of 2017-18. The crops including fruits and vegetables account for about 55.1 percent of GDP in ‘agriculture, forestry and fishing’ sector.  Around 44.9 percent of GVA of this sector is based on the livestock products, forestry and fisheries, which registered a combined growth of about 8.1 percent in Q1 of 2018-19.