A bonanza is in the offing for the stock markets as the Prime Minister's Office (PMO) and the Finance Ministry are working on measures! 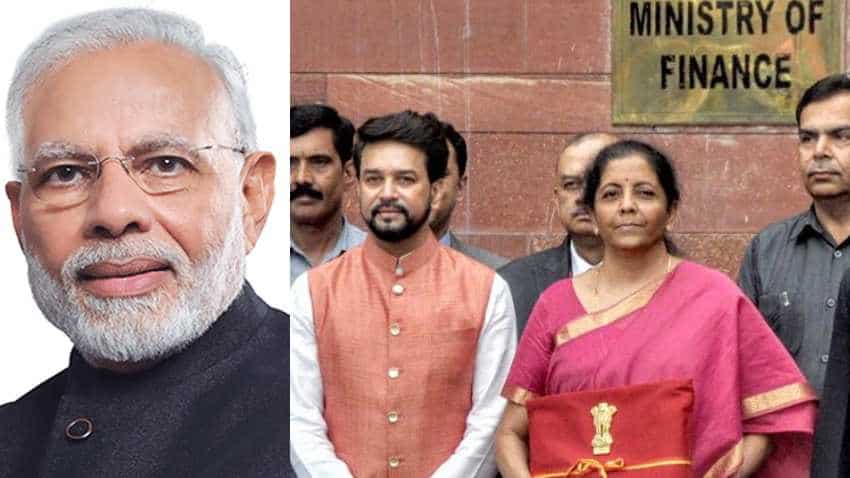 A big step by Modi government may soon change the face of stock markets! A bonanza is in the offing for the stock markets as the Prime Minister's Office (PMO) and the Finance Ministry are working on measures which may include dividend distribution tax (DDT) to be scrapped and a review of existing slabs and holding period of long term capital gains (LTCG), short term capital gains (STCG) and securities transaction tax (STT), as per a report in IANS.

Officials of the Department of Economic Affairs (DEA) and Revenue Department in the Finance Ministry have held meetings in this regard with the Prime Minister's Office (PMO).

The LTCG was introduced in the 2018 Budget after more than a decade with a tax of 10 per cent on an amount above Rs 1 lakh. There may be a review under which after a particular holding period, the tax may be done away with.

The STT is charged on buy and sale of securities instruments, including equity. The markets have been demanding reduction of the STT or doing away with it altogether. However, it is a big money spinner for the government, and it also helps to track equity buying at source and was introduced in 2004 after abolishing capital gains.

What do analysts say?

According to analysts, the announcement related to buyback attracting 20% tax to close the loophole on ADDT had made investors jittery. Also, no booster shot for LTCG, STCG and STT had left the stock markets disappointed.

The provision on buybacks was a new one, introduced in this year's Union Budget by Finance Minister Nirmala Sitharaman. The motive was to clamp down on the strategy of avoiding dividend distribution tax (DDT) through buyback of shares by listed companies. The Budget had proposed an additional tax of 20 per cent in case of buyback of shares by listed companies.

This was one of the key reasons for the nervousness in the stock markets post Budget when they fell heavily. Hundreds of companies which were planning buybacks were stuck in the middle of the new tax and since then there has been a lull for new buybacks. This has also unnerved investors who used to benefit from surrendering shares to the companies.

As per the Budget provision, as per section 115QA of the Act, buyback of unlisted shares attracts additional tax at 20% (plus surcharge and cess) in the hands of the company distributing the income on such buyback. Such income arising in the hands of shareholders is exempt under section 10(34A) of the Act.