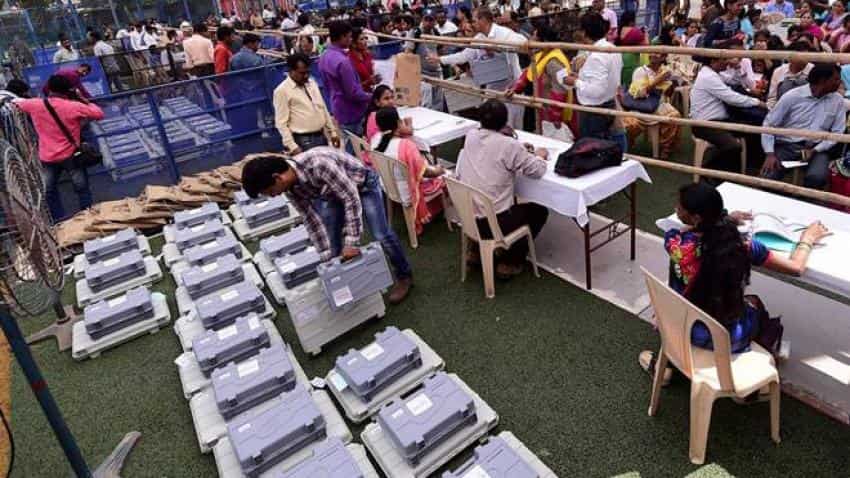 Poll officials said that voting percentage in these wards was 45 per cent while it was 40.9 per cent in Mumbai.Image source: PTI
Written By: PTI
RELATED NEWS

Mumbai Central terminus to be renamed after Nana Shankarsett

The Shiv Sena today won the bypoll to Ward 173 of the Brihanmumbai Municipal Corporation (BMC) with its candidate, Ramdas Kamble, defeating the Congress' Sunil Shetye by a margin of 845 votes. The election was held yesterday and was necessitated due to the death of Sena corporator Prahlad Thombare. The win has taken the tally of the Sena in the 227-member BMC general assembly to 94. In other bypoll results announced by the State Election Commission today, the NCP's Pooja Kodre won in Pune defeating Sena's Monica Tupe by a margin of 3,528 votes. In Ulhasnagar, Congress' Suman Sachdev polled 2,690 votes and defeated the BJP's Sakshi Pannani who got 2,478 votes.

Poll officials said that voting percentage in these wards was 45 per cent while it was 40.9 per cent in Mumbai. In Jalgaon, the BJP's Gehi Mayadevi won unopposed while the Congress won three seats each in Armori, Biloli and Chandrapur panchayat samitis, officials said. The NCP bagged a seat each in Sadak-Arjuni, Tuljapur, Vaijapur and Hinganghat panchayat samitis.

The BJP and Sena have won one seat each in Dhule and Gangapur while former Congress leader Narayan Rane's Maharashtra Swabhiman Paksha won a seat in Kudal panchayat, SEC officials said.

Mumbai Central terminus to be renamed after Nana Shankarsett