Blanket ban on import of Chinese goods not a feasible option: Nirmala Sitharaman 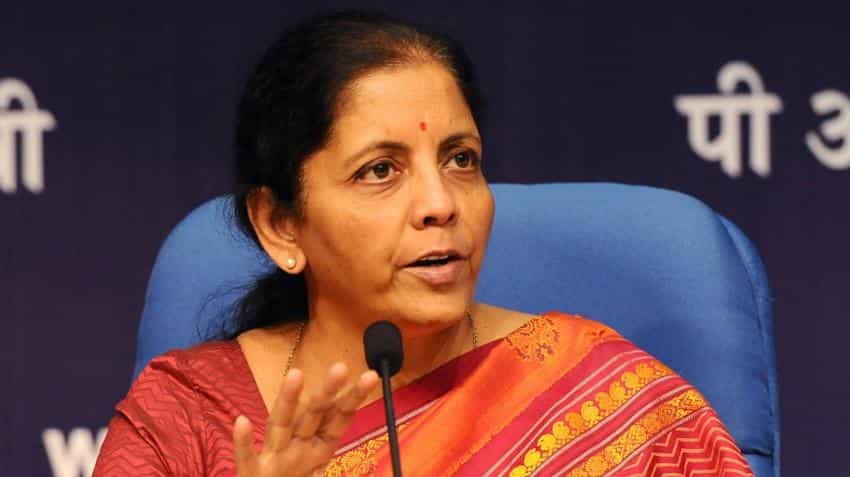 A blanket ban on import of Chinese goods as being demanded by some sections in India is not a feasible option, Commerce Minister Nirmala Sitharaman said on Friday.

"Just because we may not like certain things about a country is not reason enough to block imports from that country. We could impose anti-dumping duties, but there are established ways to go about it and dumping has to be proved," she told reporters in New Delhi responding to a query on curbs on imports from China.

"Curbs can only be placed if there are quality issues or if the imports are subsidised or dumped. Anti-dumping duties are levied on particular items, on certain tariff lines...they cannot be levied across the board," she added.

In her bilateral talks with Chinese Vice Minister of Commerce and Finance Wang Shouwen on Thursday, Sitharaman said she raised concerns about India's growing trade deficit with China.

"Several issues have remained unresolved since I assumed charge in June 2014. I raised the issue of the difficulties faced by Indian IT companies in China with project approvals with the Chinese minister,"  Sitharaman said.

"Our pharma companies, for instance, have been recognised by the United States Food and Drug Administration (USFDA), the European Union (EU). Why is it then that the permission from China is taking so long?" she added.

Sithraman said that the talks had been positive.

An Indian commerce ministry release on Thursday said Wang assured that China would act on the concerns expressed by India regarding market access for Indian goods, and said that recently China has quickened the pace of granting clearances to Indian pharmaceutical companies.

Meanwhile, Chinese media reported that calls for boycott of China-made goods in India following China's opposition to a UN ban on Jaish-e-Mohammed chief Masood Azhar have failed and instead sales have hit a record high.

"Encouragement to boycott Chinese goods has been spreading in the last few days on Indian social media. However, regardless of the passionate boycott in India and Indian media's hysteric reports of a `doomsday` for Chinese products, Chinese goods have never been condemned by Indian government and are popular across the nation," said an article in the Global Times.

"The boycott has not achieved success. Sales figures for Chinese products on the top three Indian online retailers in the first week of October hit a new record," it added.

On Friday, on the concluding day of the first BRICS Trade Fair, Sitharaman also expressed concern over the delay in signing of Bay of Bengal Initiative for Multi-Sectoral Technical and Economic Cooperation(BIMSTEC) free trade agreement (FTA) for which a framework agreement was signed in 2004.

With India in the chair of Brazil, Russia, India, China, South Africa (BRICS) for 2016, the forthcoming leaders' summit in Goa has made an "outreach" to the BIMSTEC, (which also comprises Bangladesh, Myanmar, Sri Lanka, Thailand, Bhutan and Nepal, in this edition of the BRICS summit.

"A lot has been said about how we have not still signed an FTA. Yes, that is a concern and we shall work actively to get a consensus to have an FTA signed amongst the BIMSTEC countries," Sitharaman said at the BIMSTEC ministers meeting.