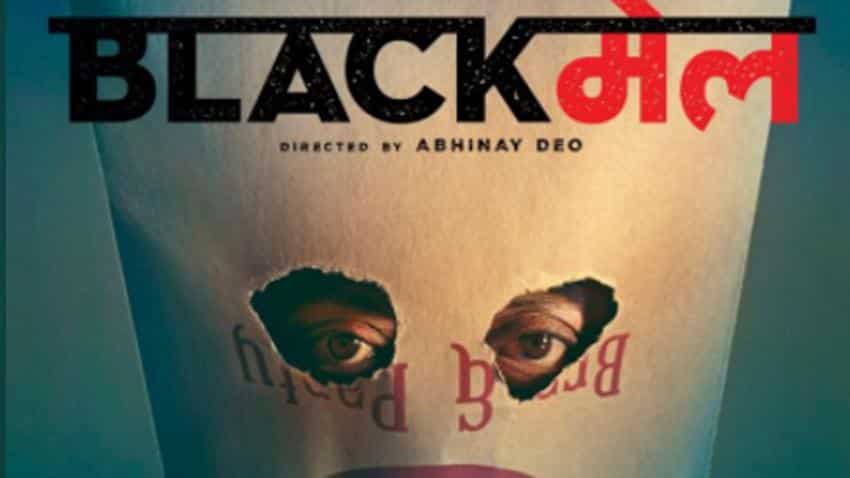 Irrfan Khan starrer is set to release tomorrow and everyone wants to know how well this standout actor, whose acting has always elicited praise from the critics, will do at the BO. Image source: twitter
Written By: ZeeBiz WebTeam

Blackmail box office collection: Irrfan Khan starrer is set to release tomorrow and everyone wants to know how well this standout actor, whose acting has always elicited praise from the critics, will do at the BO. However, Irffan's considerable acting talent has not managed to move the box office numbers as well as filmmakers and his legion of fans would have liked. The praise for Blackmail has come from all quarters whenever his film has released. Today, Shabana Azmi saw the film at a special screening and was overwhelmed by the exeprience. So were other Bollywood A-listers. According to PTI, Azmi said "'Blackmail' was performed with unrestrained delight by a super ensemble cast led by Irrfan, Arunoday Singh and Divya Dutta." Well, the initial reactions are in, but they by themselves, cannot script a winner. What also matters is presence on the ground. As such, Blackmail is releasing in just 1861 screens Worldwide - 1550 screens in India and some 311 overseas. In comparison, Rani Mukerji starrer released in 1341 screens (domestic 961 + overseas 380). Then there is the runaway success of the year, the Tiger Shroff starrer Baaghi 2. The film was released in  3500 screens of which 625 screens were overseas. As far as collections of these movies are concerned, then know that Hichki has collected Rs 37.50 cr till now and Baaghi 2 has earned Rs 104.90 crore.

The dearth of screens is going to hit Blackmail box office collection no matter how good a rating the movie gets from critics and word of mouth thereafter. Also to be looked at is how well did Irrfan Khan's previous releases do. At first glance what jumps into focus is Hindi Medium, which collected a whopping Rs 90.29 crore! However, none of his other movies has gone beyond into teh three figure mark. Take a look at these - Piku: Rs 79.77 crore, Talvar: Rs 30.17 crore, Jazbaa: Rs 25.23 crore, and Qarib Qarib Singlle: Rs 21.90 crore. Of course, Piku was an Amitabh Bachchan and Deepika Padukone starrer in which Irrfan paleyed a stellar part.

So, how will Blackmail box office collection do? Well, as Hichki and to a massive level Baaghi 2 showed, making guesses can be dangerous. For instance, while Baaghi 2 was expected by many to earn at the most Rs 12 cr on day 1, it erned a whopping Rs 25 cr. Over and above that, it has even entered the exclusive Rs 100 crore club! So, keep watching this space for updates on the Blackmail collection.