Maharashtra government formation: Days after Bharatiya Janata Party (BJP) leader Devendra Fadnavis took oath as the state's chief minister nixing Shiv Sena, Congress and NCP's bid to form the government, the apex court has asked for the floor test to be completed before 5 pm on Wednesday. 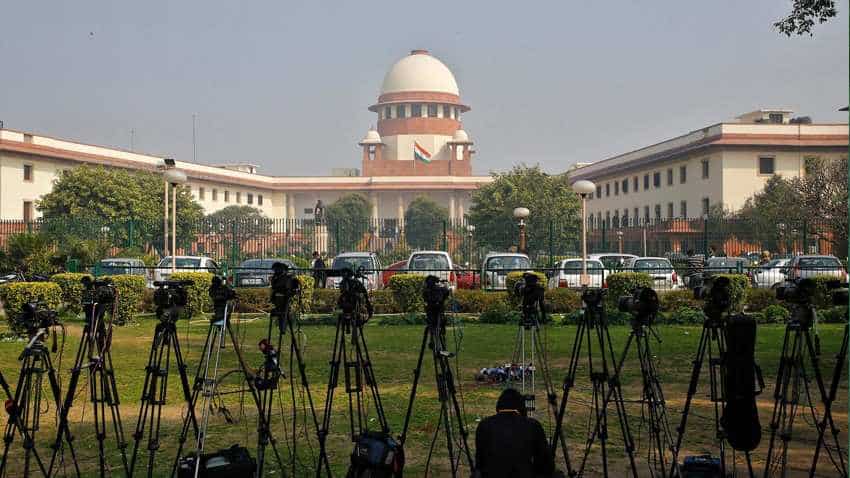 The Supreme Court has also ordered that the proceedings have to be held through an open secret ballot. Source - Reuters.
Written By: ZeeBiz WebTeam
Edited By: Harish Dugh
RELATED NEWS

The Supreme Court has also ordered that the proceedings have to be held through an open secret ballot and also asked for a live telecast of the Maharashtra floor test. A three-judge bench headed by Justice Ramana passed the order on a joint petition filed by the three parties challenging Maharashtra Governor Bhagat Singh Koshyari's decision to swear-in Fadnavis as Chief Minister and Ajit Pawar as his deputy during early hours of Saturday.

The oaths were administered at a time when deliberations among the three parties on government formation had reached the final stage. The urgent plea filed by the trio sought a direction to conduct an immediate floor test. It is a constitutional mechanism under which a chief minister can be asked to prove majority in the state Assembly.

Congress leader Prithviraj Chavan has asked for Devendra Fadnavis's resignation following the apex court's decision. "Tomorrow, at 11 am, members to take oath and at 5pm Pro-tem Speaker to hold Floor Test in Maharashtra Assembly. All 3 parties (Congress-NCP-Shiv Sena) are satisfied with the Supreme Court order. Devendra Fadnavis should resign today," he said.

BJP reiterates that they have the numbers to clear the floor-test that is to be conducted tomorrow in accordance with the Supreme Court's order and directions.