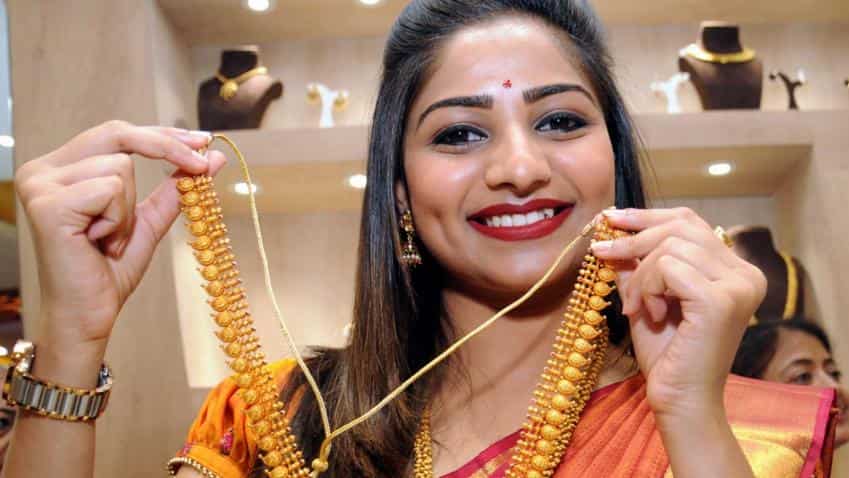 Apparel up to Rs 1,000, biscuits and footwear will get cheaper, while gold will get slightly costlier from next month as the Centre and states, excepting West Bengal, resolve to roll out GST from July 1.

The GST Council, chaired by Finance Minister Arun Jaitley and comprising state counterparts, today decided to tax packaged and branded food items at 5 %, tendu leaves at 18 % and bidi at the highest rate of 28 %. Unlike cigarettes, there will be no cess on bidi.

In the textiles category, silk and jute fibre have been exempted, while cotton and natural fibre and all kinds of yarns will be levied a 5 % GST. Man-made fibre and yarn will, however, attract a 18 % tax rate.

"Both in the case of footwear and textiles, a major concession has been given," Finance Minister Arun Jaitley said, adding the Council will meet one more time on June 11 to review the preparedness before the July 1 rollout.

Gold will become slightly costlier as the current incidence is 2 % and after "extensive debate" the Council proposed to tax gold and gold jewellery at 3 %. Also, input tax credit can be claimed for gold jewellery manufacture.

Jaitley said while some states wanted a 2 % tax rate, others were in favour of a 5 % tax on gold and hence, the Council decided on a "vertical division".

Solar panel equipment will be taxed at 5 %, he said, adding lottery tax is yet to be decided.

When asked about West Bengal Finance Minister demanding a delay in GST rollout, Jaitley said "Others did not express this view" and exuded confidence that the state too would roll out GST from July 1.

"We are quite confident of being able to stick to the target date (of July 1)," he said.

West Bengal Finance Minister Amit Mitra said the rollout of the Goods and Services Tax from July 1 will have "serious problems" and there is no harm in delaying its implementation by a month.

Kerala Finance Minister Thomas Isaac, however, said "Everybody has agreed for July 1 rollout".

The Council also agreed to set up a Committee comprising officials from Centre and states to look into the complaints with regard to anti-profiteering clause that seeks to prevent companies from making undue gains post GST rollout, Jaitley said.

The final rule with regard to functioning of the Committee will be framed later.

In all, the Council at its 15th meeting decided on tax rates on 6 items including rough diamond at 0.25 % and placed agriculture equipment at two slabs of 5 % and 12 %. Also, it approved two rules relating to transition and returns forms.

The GST Council also decided to amend the transition rules allowing traders and retailers to make claim of 60 % against the CGST or SGST dues where the tax rate exceeds 18 %. For tax rate below 18 %, it will be retained at 40 %.

The draft transition law provided that once GST is implemented, a company can claim credit of up to 40 % of their Central GST dues for excise duty paid on stock held by businesses prior to the rollout.

Several dealers are choosing to wait and watch rather than buy and holding on to inventories and lobbied the government seeking an increase in the credit limit.

Revenue Secretary Hasmukh Adhia said that for transition stock, the government will refund 100 % excise duty for goods costing above Rs 25,000, bears a brand name of the manufacturer and are serially numbered like TV, fridge or car chasis.

"On all those items, even if it is coming through the dealer, the manufacturer will give the credit transfer document to the distributor and the distributor will be able to take 100 % credit for the big ticket items," Adhia said.

With regard to CSD canteens, Jaitley said since current price levels were to be maintained, so the current position where they maintain half the taxation benefit will be maintained.

Jaitley said the GST Council will meet again on June 11 and review the rates based on industry representations in case the fitment committee finds that there is a substantial increase from the present burden.

It will also take up the rules for e-way bill and accounts and records.

Also, the company developing the technology backbone for GST -- GST Network-- made a detailed presentation on the amount of work done and IT preparedness.

Prices of foodgrains, especially wheat and rice, has been exempt from GST. Currently, some states levy Value Added Tax (VAT) on them. While common-use products like hair oil, soaps and toothpaste as also electricity will cost less from July 1.