Bitcoin price: Rs 1 lakh investment has lost most of its value; a whopping 65% crash from lifetime high 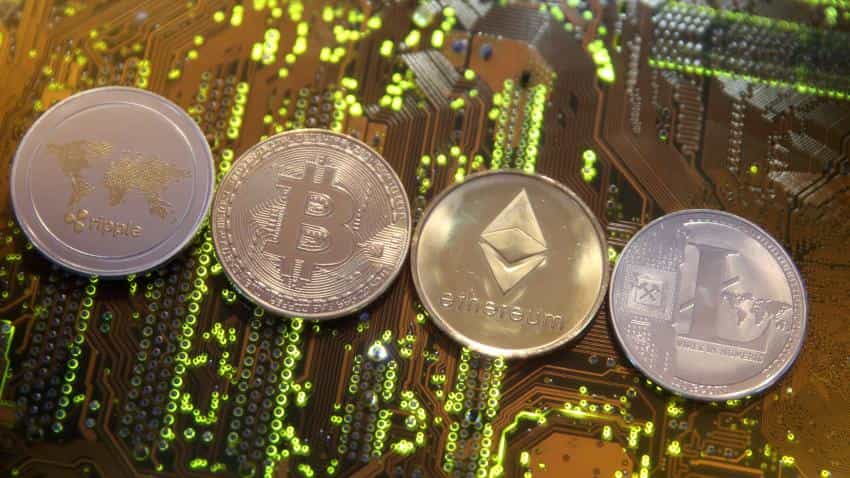 Bitcoin price at Zebpay is quoting at a 14 per cent discount. Image source: Reuters
Written By: ZeeBiz WebTeam
RELATED NEWS

Bitcoin investors beware! Reserve Bank of India (RBI) has shot yet another warning on cryptocurrencies, banning the regulated entities, including banks, to deal with those who operate in this medium. The move is seen as a clear hit to virtual currency exchanges such as Zebpay, Coinsecure and Unocoin and others as people will no longer be able to transfer money from their savings accounts to crypto wallets. As Bitcoin price is already down 65 per cent from its lifetime high of about $19,000, the RBI move implies investors would do well to stay away from investing in cryptocurrencies. In rupee terms, Bitcoin has lost over 65 per cent of its value, falling from a lifetime high of Rs 1,244,704, that it hit on December 17, 2017 to Rs 432,073, data available on CoinGecko showed.

Meanwhile, Bitcoin price in India on Zebpay lost its premium post RBI policy too. Bitcoin was trading at $6,950 in international market just before RBI announcement but in India on Zebpay, it was quoting at Rs 500,000 at an almost 8 per cent premium, reported Business Standard. However, at 2:50 pm IST, global price of Bitcoin was $6,609, which works out to Rs 429,585 in rupee terms (1 dollar equals to Rs 65) but on Zebpay the price is quoted at Rs 369,000, a 14 per cent discount.

“Reserve Bank has repeatedly cautioned users, holders and traders of virtual currencies, including Bitcoins, regarding various risks associated in dealing with such virtual currencies. In view of the associated risks, it has been decided that, with immediate effect, entities regulated by RBI shall not deal with or provide services to any individual or business entities dealing with or settling VCs,” RBI said in its monetary policy statement released on Thursday.

“While many central banks are still engaged in the debate, an inter-departmental group has been constituted by the Reserve Bank to study and provide guidance on the desirability and feasibility to introduce a central bank digital currency. The report will be submitted by end-June 2018,” the statement added.

However, the RBI did indicate it may float its own crypto-currency or digital currency in the near future.

Commenting on the RBI move, Varun Satyam, Chief Business Officer at Almora Crypto Investment Bank said, "this is a clear case of lack of understanding amongst the authorities. Banning banking integrations will fuel the cash transactions for cryptocurrencies which is entirely opposite of what ideally should have been done".

"This will impact the adoption of a technology where India could have been a front runner," he added.

Talking about Bitcoin as an investment, while investors may have made some quick bucks in 2017 on these digital currencies, the prices have been on downtrend for long for various reasons. The March quarter has been Bitcoin's worst ever quarter in history.

Meanwhile, a report by Capital Economics said Bitcoin is 'worthless' and will perform worse than stocks in the coming months.

"Bitcoin's correlation with equity prices has strengthened recently, but we think that this will be just temporary. We still think that bitcoin is essentially worthless, meaning that it is likely to fare much worse than other assets in the coming months," reported CNBC, quoting Capital Economics.